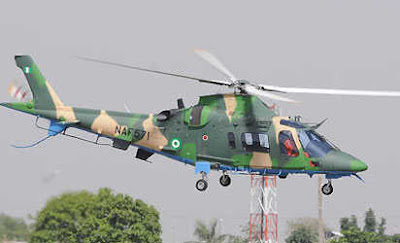 AN explosive device Friday  went off on a twin storey building in Woji part of Port Harcourt creating panic and tension in the area. Mr Eric Chioma who described himself as landlord of number 75 Woji road, Rumurolu where the incident occurred said the explosive looked like it came from a rocket launcher. Chioma who was still shivering from the tension created by the explosion while talking to the Vanguard said he heard the deafening sound at about 730 am.

Adding that  what he saw  when he rushed out was a thick cloud of smoke all over the building.  He said on further inspection he noticed that the explosive device first landed on a Primera saloon car with registration number DX 879 KRD Lagos packed at a side in his compound before making a hole on his two rooms upstairs.

The landlord, Mr Chioma said he was grateful to God almighty that nobody sustained injury or died in the ugly development. He further appealed passionately to the state government to get to the root of the matter.

The state Commissioner of Police, Mr Mohammed Indabawa  who spoke on the incident said the explosion came from an object in a helicopter belonging to the Air force that was on overfly  at that region in Port Harcourt.

Describing it as accidental he confirmed the damage it caused on the Primera saloon car parked in the compound.  The Police boss further said the incident had nothing to do with acts of terrorism.
Meantime, at the neighbourhood nobody could confirm if they saw any helicopter on overfly at the time the explosion occurred.

They said minutes after the explosion Police on patrol stormed the place.  Vanguard gathered that the Police anti bomb unit, the state Police Commissioner, men from the Air force base and other top security operatives in the state were among those that came to assess the situation.

Landlord of the building, Mr Chioma told the Vanguard that the Police anti bomb unit went with the explosive device that appeared to him like a rocket launcher.

Glass doors on some of the lock up shops in the building were also shattered by the blast.
At press time, residents were seen going about their normal business as if nothing happened in the area. But some of them who offered comments to the Vanguard enjoined security operatives to step up patrol in the state to nip any act of sabotage from terrorist group in the country

Police men were seen on stop and search operations on the Stadium road under construction around the Airfoce base. It could not be confirmed if the action of the police had anything to do with the blast.