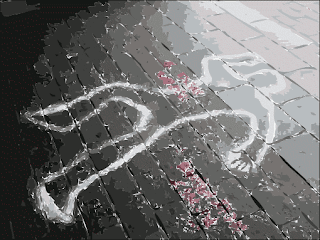 Crowds of protesters took to the streets of the city of Potiskum Monday over a deadly market attack last week, (if you missed it, read it HERE.)with a church and classrooms burnt and police firing tear gas. More than a thousand protesters, including traders and clerics, took part in the demonstration in the northeastern city hit by a bomb-and-gun attack Wednesday night at a busy cattle market that killed at least 34 people.

Bonfires were set amid the protests and a crowd of youths also vandalised military checkpoints while heckling soldiers manning them in anger over troops’ failure to foil the attack, an AFP correspondent reported.

At least one church and a number of classrooms were burnt by what police described as “miscreants” who took advantage of the protest.

Police fired tear gas and shot into the air as demonstrators sought to march to the palace of the town’s traditional ruler and moved closer to regional police headquarters, witnesses said. No one was reported wounded.

“Some miscreants took advantage of the peaceful demonstration to go on a rampage,” said Moses Onireti, police commissioner for Yobe state, where Potiskum is located.

“They burnt a church and three blocks of classrooms in a primary school nearby. We have arrested three suspects in the attacks. The police have succeeded in restoring normalcy.”

Protesters expressed frustration with authorities’ inability to stop violence in the city.

“The government must as a matter of urgency fish out the perpetrators of this crime and ensure that they are appropriately punished. This is our demand,” a protester told AFP.

Demonstrators also held prayers at the scene of the killings