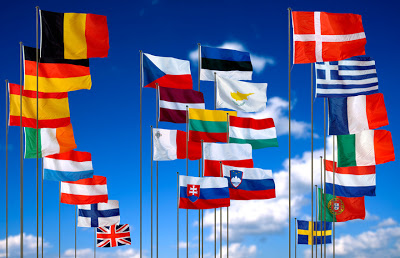 The European Union (EU) has said it would not be deterred by the spate of bombings in Nigeria and pledged more support to the fight against terrorism in the country.

Ambassador David MacRae, Head of EU Delegation to Nigeria and ECOWAS, stated this at a media luncheon in Abuja yesterday.


MacRae, who condemned the recent attacks on media organisations in Abuja and Kaduna, noted that terrorism was a global issue and urged Nigerians not to be intimidated but rise up to the fight against terrorism.
“What we witnessed last week was a total abomination; we condemn these attacks and the way they targeted these newspaper offices and obviously our sympathy and condolences go to the families of all the victims.

“We wish that those who are responsible for these crimes are arrested and brought to justice.

“Everybody living in the country today has to be careful and vigilant but at the same time we should as far as possible strive to continue to go back to our business and not allow these acts of terror to defeat us and that includes, as far as the European Union is concerned, not shying away.”
He assured that the EU had begun discussions with the government on partnership in the area of security.

“We have decided to put in place a dialogue process to discuss security; we will bring to Nigeria the benefits of what we have and we are there to give support to the government to help tackle this scourge.

“There is a need for improvement in the justice system and need to create a secure environment for people to live in.”

The ambassador also said the EU was extending its support in the areas of water and sanitation sector in Kano, Jigawa and Yobe States.
MacRae listed other areas of partnership between the EU and Nigeria to include security, governance and human rights as well as trade and regional integration.

On trade, the EU ambassador said that the EU had imported more than 50 per cent of West Africa’s non-oil export in 2010.

“Stocks of EU investments in Nigeria alone amounted to no less than 30 billion euros in 2010.”

He urged Nigeria to embrace the benefits of the Economic Partnership Agreement (EPA) as an opportunity to attract investment to the non-oil sector, and enable improved access to the EU market and economic governance.

“Let me affirm that the EPA provides for a number of protections aimed at reducing its potential negative impact to the very minimum while opening huge opportunity for development and economic growth (including the creation of jobs) from which Nigeria, being the biggest player in the region, stands to gain more than any other ECOWAS country.”

He commended the role the ECOWAS played in moving the process of the EPA forward and expressed the hope that fresh opportunities would be presented for more West African countries to be involved in the agreement.
According to MacRae, the EU is also engaging Nigeria in the area of improving legal migration and development.

On the World Press Day, the EU ambassador said: “The EU commends the courageous work of journalists, who in often highly precarious conditions, continue to provide independent information.

”The EU is firmly opposed to any unjustified, disproportional restrictions and access to or use of these media.”

He called on all states to guarantee the safety of journalists and allow them carry out their “vital role of reporting and commenting on events in an independent manner without fear of violence and recrimination”.