The founder of one of Singapore’s richest churches
was arrested Tuesday on allegations of misusing at least $18 million in
donations from his congregation of more than 30,000, police said. Pastor
Kong Hee and four senior executives of the City Harvest Church — a
Christian group registered as a charity — were arrested by the
Commercial Affairs Department, a police unit set up to fight financial
crime.

Officials said they were suspected of diverting at least
Sg$23 million earmarked for charitable projects and spent money on a bid
by the pastor’s wife, Ho Yeow Sun, to launch an evangelical music
career in the United States.


The church, which has affiliates in
neighbouring Malaysia and other countries, is famous for services that
resemble pop concerts.
“It’s confirmed that five persons were arrested and Kong Hee is one of them,” a police spokesman told AFP.
All five, who are out on bail, have also been suspended from their church positions.
Kong
and his wife, whose whereabouts were unknown, became minor celebrities
in Singapore for launching the church, which authorities estimate had a
congregation of about 33,000 and net assets of Sg$103 million in 2009.
In
a post on popular microblogging site Twitter on Tuesday morning, Kong
tweeted a Bible Psalm in Mandarin saying God will protect him from evil.
Authorities
began an investigation in 2010 after receiving complaints about the
misuse of the funds, the Ministry of Community Development, Youth and
Sports, which oversees charitable institutions, said in a press release.
“Financial irregularities of at least Sg$23 million from the Charity’s funds have been discovered,” it said.
“There was a concerted effort to conceal this movement of funds from its stakeholders.”
The five will be charged in court on Wednesday and if convicted, each of them could face life imprisonment as well as a fine.
Church officials contacted by AFP did not comment.
In
2009, a prominent Buddhist monk heading one of Singapore’s largest
charities was jailed for six months for misappropriating hospital funds
and lying about it to authorities. 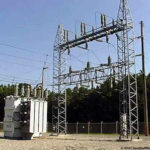