The
police in Lagos, yesterday, rescued a 45-year-old man, who was
allegedly at the verge of being killed in a criminal hideout in Iba,
Ojo, area of Lagos, arresting seven suspected members of the gang in the
process. Although the suspects, claimed their victim, one Arinze Igboagba,
was abducted, following his refusal to refund N10 million, which they
claimed he collected to facilitate their visas to China, but the police
said they were yet to substantiate their claim, adding that
investigation would establish the truth.

During interrogation, the victims claimed they were on a revenge
mission, explaining that after an endless wait for Arinze to give them
their visas to China, he took them to a hotel in Festac Town, Lagos,
where he assured them that his manager will refund their money but he
never fulfilled his promise. The victims, it was gathered, took Arinze to their abode in Iba
area and reportedly locked him inside a room, threatening to kill him if
he failed to refund their money. After three days in their
custody, Arinze reportedly scribbled a note for help and threw it out of
the window. Fortunately for him, someone picked it and contacted
policemen at Ojo, who stormed the apartment and arrested the suspects. Police sources said a cheque of N5 million and a knife were recovered from the suspects. – via Vanguard 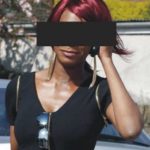