Everyone knows fans of Justin Bieber are prone to screaming, but the mother of one fan is now suing the pop star as a result. Stacey
Wilson Betts is claiming her hearing has been permanently damaged after
she took her daughter to the teen idol’s concert on July 14, 2010.

The
woman, who hails from Oregon, is suing Bieber, his label Island Def Jam
Records, the concert promoter and the arena for a whopping $9.23million
in damages.

Betts claims in the lawsuit, published by TMZ:
‘I was injured by a sound blast that exceeded safe decibel levels. I
suffer hearing loss, tinnitus and hyperacusis in both ears.’
Betts
cites that while the initial screaming in the arena was bad enough,
Bieber made it much worse when he was pulled into the crowd in a
‘heart-shaped aluminum/steel gondola’ as part of the show.

Her lawsuit alleges that Bieber ‘created a wave like effect of screaming by pointing into various sections of the arena.’…smh what sorta rubbish is this..Come to Naija, and tell me who will have your time. 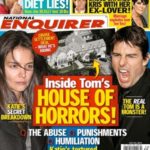