I guess Naija is following in the footsteps of Basketball Wives, Real Housewives of Atlanta etc…….Blessing Egbe, the energetic, hard working producer ist at it again! She is set a to produce a hot new series titled ‘The Naija Wives!”

The Series which is a three part seasonal sequel comprising of 13
Chapters/episodes OF FILM/TV DRAMA per season seeks to mirror the
peculiar lifestyles and trends of the New Nigerian women via the
different classes, MAIN groups and sectored divisions.

“Lekki wives’ is the first OF the THREE seasonal
series line up  which will comprise of 13 episodes {45mins each} or 26
episodes  {25mins each} PER SEASON…….continue


In the Lekki Wives season, we follow the lives and conditions of five
women living, visiting and working in the highbrow lekki axis. The
women will portray very significant issues trending in the axis and will
bring to fore the very many troubles and lifestyles of the rich which
increasingly, is a supposedly amiable trend.

The main aim of this series asides the obvious entertainment and
informative value, is to create awareness and deter upcoming wives and
young girls alike from pursuing only the glamorous aspects of life but
to have a broader sense of who they are as women in an otherwise corrupt
society where  loose and immoral ways of acquiring wealth and living is
the order of the day; We seek to teach women the importance of self
awareness, self respect, self satisfaction and above all self service to
the home, society, Mankind and God.

Auditions for the series come up on the 1st and 2nd of August 2012. Stay tuned for more details. 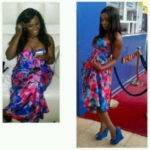 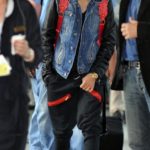