Menu
A bride-to-be who was buried alive by her bodybuilder fiance has revealed how she managed to claw her way out of a shallow grave. 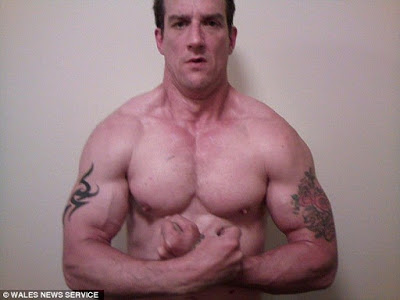 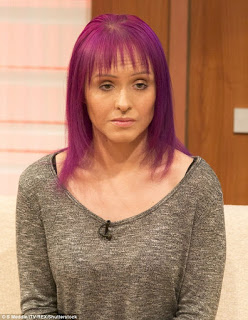 34 year old Stacey Gwilliam, was attacked by 39 year old Keith Hughes, after they got into a row during a romantic walk at Caswell Bay, on the Gower Peninsula, South Wales, just days after he proposed.

Although Hughes was sentenced to life in prison, he will be eligible to apply for parole in just eight years – and Ms Gwilliam revealed on Good Morning Britain that she is already fearing the possibility of his release.

Ms Gwilliam described regaining consciousness and realising she was trapped underneath the pile of dirt and foliage on a beach after the attack in July 2015.

Hughes had buried her on the Swansea Bay coastal path between Bracelet Bay and Langland Bay.

She said she could hear her ‘heart beating’ and ‘the sound of the sea in the background’.

‘I came round and there were branches and shrubs put on top of me.
‘I could hear my heart beating and I could hear the sound of the sea in the background.

It was like everything was in slow motion. All I could see were blurs of green and brown.

‘I couldn’t breathe, I couldn’t move. It was like I was paralysed. It was awful really. Trying to get your head together to work out what was going on around you.

‘I tried to get up, but couldn’t. I had to use my nails to get out of where I was. That was all I could do. I tried to push but I didn’t have the upper strength.’

When she eventually managed to pull herself to safety, Ms Gwilym said she collapsed outside a nearby golf club where the alarm was raised. She was taken to hospital and put in an induced coma for 26 days to recover.

As well as suffering from flashbacks and panic attacks Ms Gwilliam still uses a stick to walk.

Speaking about Hughes’ release, she told the ITV show:

‘I feel frightened. But I’m going to be in a stronger place because I’ve got a lot of support.

‘I do have hope for the future and it’s down to the support of family, friends. If it wasn’t for them I couldn’t have done this alone, but they’ve all been there for me.’

Swansea Crown Court heard that he was arrested when he crashed his car while drunk, he told police

‘you will never find her’ and he was shocked to learn his fiancee was still alive.

Hughes had been jailed in 2013 for three years and nine months for three separate assaults on Ms Gwilym and one of false imprisonment, but after he was released from prison the couple rekindled their relationship. Ms Gwilym, who had been treated for ovarian cancer while he was in prison, said she had taken him back because she loved him – and on July 15, Hughes proposed.

Just days later, they went for a stroll but on the way back to the car, they started to argue. Hughes, who is a painter and decorator, said Ms Gwilym had accused him of stealing money from her and would get him sent back to prison.

He said he was aware even an untrue allegation could lead to him being recalled to prison.

He told the court:

‘We were both shouting and arguing, things became heated. I lost my temper. I just wanted her to stop saying things about me

‘We were both saying horrible things to each other. She was hitting me, going mad. I wanted her to calm down.’

He grabbed her and his hands moved to her neck. As he strangled her, she lost consciousness and fell to the floor.

‘I panicked and thought “what have I done?” I was not intending to kill her.

‘I put her in the bushes and put some branches over her. I just felt terrible about what I had done. I thought she was dead. I just left.’ He admitted taking the keys to her car and her bank card.

‘I believe the reason you turned her round and you strangled her face to face was because it enabled you to see at first hand her terror and pain at the closest possible distance.

‘This was a sustained and ferocious attempt to end the life of a vulnerable woman in an isolated location.’

I wake at night in blind panics thinking I’m going into a coma or coming out of one. I’ll never, ever forget what he did to me

‘Just before Keith attacked me he said, “If I can’t have you then nobody else is ever going to have you”.’

She said she struggled as he grabbed her and put her in a head lock but she could not break free because ‘he is 14 stone and strong as an ox’.

Ms Gwilym blacked out and woke up to find herself buried in the shallow grave.  But she regained consciousness and came around with branches and leaves on top of her, the jury heard.

She told the court:

‘I don’t remember everything that happened. I just went for help. My life will never be the same again.’

The court heard how Hughes walked back into Mumbles and drove her car to his home where he downed vodka before crashing. 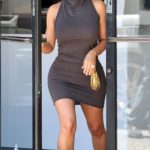 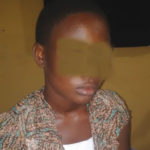