An early morning accident on the Iponri Bridge in Lagos, involving a bus on the fleet of the Bus Rapid Transit (BRT), has left three people, including a street cleaner with LAWMA in critical condition. An eyewitness told the News Agency of Nigeria (NAN) at the scene of the accident that the driver of the blue bus heading towards CMS on the island lost control and hit the people.
Mr Akinola Ibrahim, an official of Lagos Waste Management Authority (LAWMA), told NAN that his colleague was sweeping the road when the bus hit him and the two passersby. “The impact is much; the private part of one of the men was affected. He was bleeding seriously while the two others were unconscious. The driver refused to stop after hitting them,’’ he said.
NAN reports that the accident brought traffic on the ever-busy road to a standstill for several hours.
A policeman from the Iponri Divisional Headquarters, Sgt. Chimweke Zik, who was at the scene, told NAN that his men tried to stop the driver without success.
“The driver of the BRT bus failed to stop after injuring the three people. We immediately deployed our patrol team to go after the driver and arrest him,’’ he said.
Zik said the victims, who were seriously injured, had been taken to the hospital for necessary medical attention.
“We phoned the Critical Rescue Ambulance to come and take the victims to the General Hospital on the island for medical attention,’’ he added. (NAN) 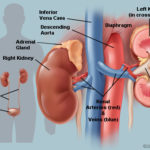