The Police in Bauchi State has arraigned  3 suspects before the  Chief Magistrate Court number eight presided over by Chief Magistrate Isah Mohammed for allegedly removing the two kidneys of 25 year old Abubakar Buba….Continue
Police Prosecutor Sergeant Amos Ukpe told the court that the suspects Mijinyawa Abdulkadir,  Abdullahi Yusuf and  Mohammed Zangina were charged with Criminal Conspiracy, attempt to commit culpable homicide, causing grievous hurt and impersonation contrary to section 132 of the Penal code.
Sergeant Ukpe said “One Buba Ahmadu reported to the Police that his son Abubakar from Bununu in Tafawa Balewa Local Government Area felt sick and went for medical treatment in a private clinic owned by one Mijinyawa Abdulkadir who is a Nurse by profession. In the Clinic, one Aminchi introduced himself as a doctor of the said Hospital and recommended Abubakar   for scanning at Almanzoor scanning centre.
Aminchi with Yusuf Zangina conducted an illegal surgery on Appendix which led to the removal of two kidneys of Abubakar who is now critically ill at the Abubakar Tafawa Balewa University Teaching Hospital Bauchi. The patient Abubakar, is currently undergoing dialysis treatment ”
When the case was mentioned, counsel to the accused Barrister Garba Hassan applied for bail for the accused, saying that the accused was granted administrative bail by the police.
He added that the accused is in his old age and is currently undergoing medication and his medical prescription was tendered before the court as evidence of his and referred the court to section 341 of the CPC and section 36 of the constitution.
Police prosecutor objected the bail application on the ground that the victim Abubakar is still in the hospital undergoing treatment.
In his judgment, the Presiding Chief Magistrate Isa Mohammed granted the accused bail on the ground of his illness at the sum of two million Naira with two sureties each in like sum, adding that one of the surety most be a resident within the court jurisdiction, who owns the Certificate of Occupancy of a landed property worth 10mn within the court jurisdiction verifiable by the court registry.
Isa Mohammed said “the suspect most be reporting to the state CID twice in a week and he most deposit his international passport with the office.  There must be records of his presence  to the state CID and it should kept in the office of the Officer in charge of legal Affairs.
He shall not travel outside Bauchi Local Government Area until a prior consent of the court. The court has adjourned the case to 13th September for further mention” 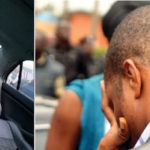 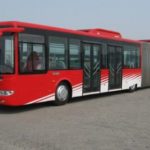