More than 30 striking miners were killed on a thursday in a police crackdown that drew comparisons with apartheid-era brutality. After more than 12 hours of official silence, Police Minister Nathi Mthethwa confirmed that at least 30 people had died in the security operation at the mine, 100 km (60 miles) northwest of Johannesburg.

Mthethwa said the death toll from the incident, which cut to the quick of South Africa’s post-apartheid psyche and sent world platinum prices more than two percent higher, was likely to rise.
“A lot of people were injured and the number keeps on going up,” he said in an interview on Talk Radio 702.

Mthethwa defended the police, saying officers had come under fire from the miners, members of the Association of Mineworkers and Construction Union (AMCU), an upstart group that is challenging the 25-year dominance of the National Union of Mineworkers (NUM), a close ally of the ruling ANC.

“From amongst the crowd, people opened fire on police and the police retaliated,” he said in earlier comments re-broadcast on the same station.
President Jacob Zuma said he was “shocked and dismayed” at what was one of the bloodiest police operations since the end of white-minority rule in 1994.

After Thursday’s mayhem, the presence at Marikana of hundreds of police backed by armoured vehicles and helicopters ensured an eerie calm on the dusty plains around the mine, Lonmin’s flagship platinum operation.

“There were no problems overnight. The problem is the hill over there where the shooting took place. I am not sure what will happen today,” said Patience, a woman who lives in a shanty town near where the shooting place. She declined to give her full name.

Police crime scene investigators combed over the site of the shooting, which was cordoned off with yellow tape, collecting spent cartridges and bloodstained traditional weapons like machetes and spears which were carried by the slain miners.

They said firearms were also recovered at the scene.
London-headquartered Lonmin has been forced to shut down all its platinum operations, which account for 12 percent of global output, and its shares have fallen more than 13 percent since inter-union rivalry at Marikana boiled over a week ago.

South Africa is home to 80 percent of the world’s known platinum reserves, but rising power and labour costs and a steep decline in the price of the precious metal this year has left many mines struggling to stay afloat.

Prior to Thursday, 10 people – including two policemen – had died in nearly a week of fighting between AMCU and NUM factions at Marikana, the latest outburst of unrest from a rumbling eight-month union turf war in the platinum sector.

At least three people were killed in a similar round of fighting in January that led to a six-week closure of the world’s largest platinum mine, run nearby by Impala Platinum. That helped push the platinum price up 15 percent. 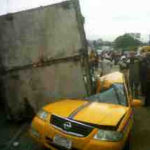