Connect with us
Gunmen suspected to be kidnappers have murdered an Owerri-based businessman, Amaechi Ahanonu, after collecting N500, 000 as ransom from his family. 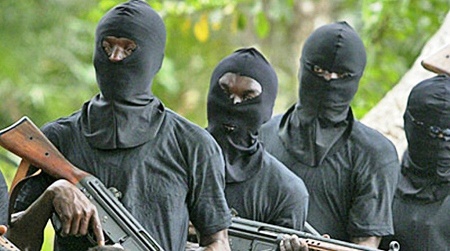 The suspected kidnappers had on Monday morning, stormed the Ahanonu’s house in Amato Orogwe in the Owerri West Local Government Area of Imo State and whisked him away.

It was learnt that the gunmen, who were armed, arrived the residence of the businessman and abducted him after shooting sporadically into the air.

The kidnap victim was relaxing with his family members as of the time he was taken away.

The gunmen, it was gathered, later established contacts with the family of the victim and demanded N10m as ransom.

His family, however, could only raise N500,000 before the abductors allegedly murdered him.

The amount provided by his family was said to have provoked his abductors, who allegedly killed him and dropped his corpse on a bush path along Ndegwu/Orogwe Road in Owerri West Local Government Area of the state.

“We found his lifeless body this morning (Friday) along Ndegwu /Orogwe Road, but this was after the family had taken the sum of N500, 000 to the Okuku forest where they held him hostage. This is very absurd,” he said.

When contacted for comments, the Police Public Relations Officer in the state, DSP Andrew Enwerem, didn’t answer calls and didn’t respond to the text message sent to his mobile phone as of the time of filing this report.