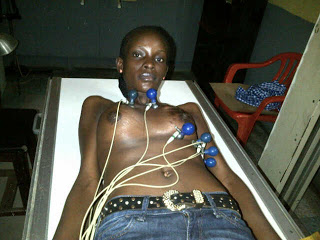 Her name is Debbie Idiagbonya Osarere, a 28 year-old lady. She has had two operations before now when she discovered she had lumps in her breast before she was diagnosed with Cancer. The surgery is for complete removal of her breasts and she must do this before the second week in September.

We also need NGO’s to come to her aid. If we fail her, Debbie might die and that means we have FAILED…A lot of people are saying she’s scam but blogger Olori supagirl and accessories designer Ayo Naledi visited her.  Please my dear readers, i know we can..If 6000 of us contribute N1000 each that would amount to N6million…A close up shot of Debbie’s breast,  her note and medical reports  when you continue.. 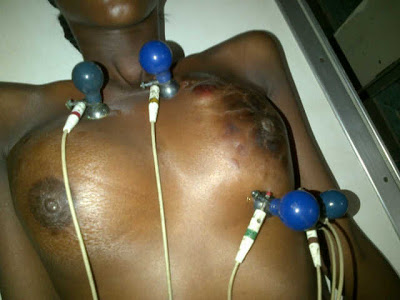 I discovered a mass in my left breast on 24th of may, 2011 and I went for screening @ National cancer prevention institute ishaja road, from the screening centre I was advised to go for sonography which I did on 26th of may,2011 @ ojuelegba scanning centre where I was asked to go for Fine Needle Aspiration for cytology @ Me cure healthcare limited Oshodi… So my fine needle aspiration for cytology said my breast mass n lymp nodes are negative for MALIGNANT cells.. I had my first surgery 13th june 2011 and my 2nd surgery 16th Novem 2011 then I took my lump for Histopathology investigation on 24th November and the investigation reported I have INVASIVE DUCTAL CARCINOMAL on 5th Dec 2011.
She needs N6, 000,000 now for a successful operation. (6million)
You can reach Debbie through her Team (WeStandByDebbie) on twitter when you contact @estherijewere, @GossipGirliee or @Olorisupergal.
To also help save her, here are Debbie’s account details.
Idiagbonya Osarere
Acct No: 0000216933
Access Bank
God bless you all. 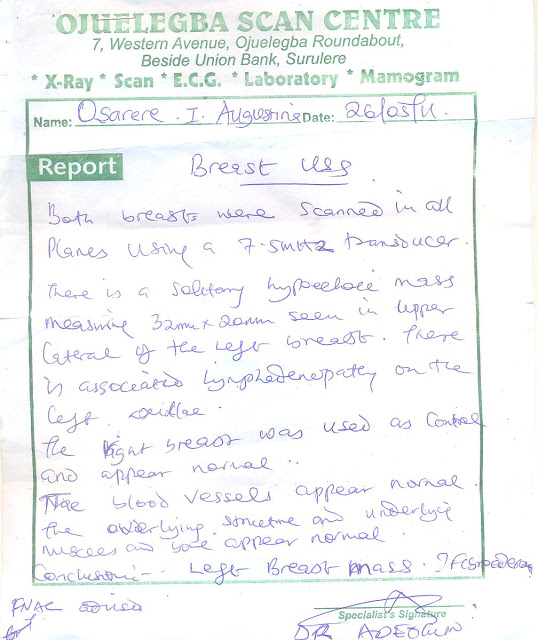 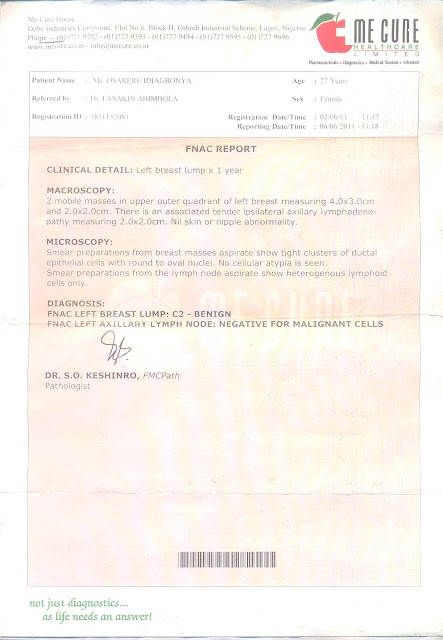 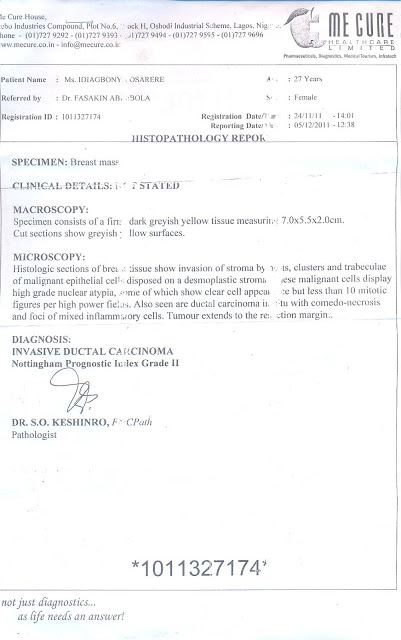 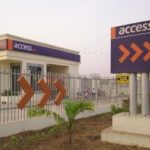