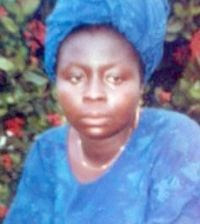 The Suame Divisional Police Command is investigating a case in which a mother of
seven allegedly ordered her seven-year-old son to eat the faeces of his
three-year-old sister as punishment for refusing to discard it.
The station officer at the police station, Chief Inspector C.K Nyamekye, who confirmed the incident to us, said the suspect would be charged and arraigned after investigations.
Afua
Patience, allegedly committed the weird act at Bohyen, a suburb of
Kumasi, on Sunday, August 5, 2012, after she had reportedly returned
from church. Sources said the suspect, a doughnut seller in her 40s, compelled the victim, a primary-three pupil, to swallow the faeces for disobeying her instructions.
Neighbours who spoke to us said the woman
subjected the victim to severe beatings with a electric wire when he
initially refused to obey her. John Addae, who stays in the same house
with the suspect, said he heard the suspect shouting, ordering the
little boy to swallow the faeces that was in his mouth. He said in his
attempt to stop her, she assaulted him, resulting in a cut on his right
eye.
We also gathered that Nana Kwaku Nsiah Asare, a reporter from New Mercury FM who was at the scene, was verbally assaulted by the woman who boasted that nothing could be done to her when he told her he was going to call in the police.
But
for the swift intervention of the police, the suspect would have been
lynched by an angry mob from the area that thronged the scene.
Eventually, the police arrested her and took her to the station in the
company of the victim and a witness to write their statements.
When we spoke to the elder sister of the victim, Naomi Afriyie, 12, she confirmed her mother’s actions, and stated that she was in the room
when her mother asked her brother to eat the faeces. She said she
personally saw some faeces in her brother’s mouth after going closer to
him.
According to the victim, his little sister attended to
nature’s call in the morning and was asked by the suspect to throw it
away when she was on her way out but he forgot and went out to play. He
said in the morning of that fateful day, they all went to church and
when they returned, his mother got angry after seeing the faeces and
ordered him to eat it as punishment.
The victim said he initially refused and was severely beaten. 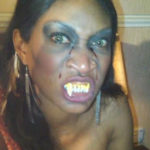 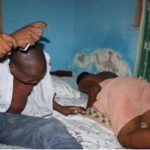