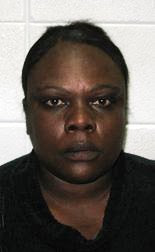 A 58-year old woman, Josephine Jacob, has been arrested and charged to a Lagos court for allegedly strangling her friend, Mrs. Margaret Ndidi, 59, in their home at Shasha, Lagos State, Southwest Nigeria. This happened 16 years after Josephine’s bitter experience of losing a lover to Margaret whom he married. Josephine reportedly went inside Margaret’s one room apartment at 19, Omo Olore Street, Mosalashi Bus Stop, Shasha, when she was sleeping and strangled her….continue reading

She was arrested and arraigned before Yaba Magistrate’s Court where she is facing murder charge.We gathered from the residents that Josephine bore grudge against her over what happened 16 years ago between them. It was learnt that the marriage of both Josephine and the late Margaret later broke down and they both became divorcees.“She has been blaming Margaret for her condition because she snatched her lover 16 years ago,” a source said. Though they later reconciled and became friends again and started living together at their two-room rented apartment they shared, unknown to Margaret, her friend was still nursing the pain and had not forgiven her.So, in August this year, Josephine allegedly went inside Margaret’s room where she was sleeping and chocked her neck and strangled her. When the woman died, she started shouting for neighbours to come and help her, saying that Margaret had died on her bed.After Margret was rushed to a hospital, a doctor certified her dead. But the hospital management discovered that her neck had bruises and wound. It was suspected that she was strangled. The matter was reported at Shasha Police station and Josephine was arrested and detained.The police preliminary investigation also revealed that she was strangled. The matter was transferred to SCID, Panti, Yaba and Josephine’s two daughters were also arrested.She was charged to court for murder under Section 221 of the Criminal Code Law of Lagos State of Nigeria 2011. Her plea was not taken. The presiding Magistrate, Mrs. J. Ugbormaiko ordered that her file should be duplicated and sent to DPP for advice.No date was fixed for hearing. In another incident, a 22-year old man, Afeez Oyewole, has been arraigned before a Tinubu Magistrate’s Court, Lagos State, Southwest Nigeria, for allegedly stabbing Taiwo Adeyemi whom he claimed was having affairs with his wife.Oyewole was said to have committed the offence on 9 September, 2012 at 92, Old Aroloya Street on Lagos Island.We gathered that Oyewole confronted Adeyemi when he got wind of his alleged amorous affairs with his wife. This resulted in a fight. Oyewole in the process allegedly took a broken bottle and stabbed his wife’s allegedlover in the face.Adeyemi subsequently lost one of his eyes as a result of the severity of the stab on his face. Arraigning the defendant before Tinubu Magistrate’s Court, police prosecutor, Superintendent of Police, Augustine Orji, informed the court that Oyewole alleged that the complainant had been pestering his wife for an affair for quite a while.The prosecutor said the offence is punishable under Section 171 of the Criminal Law of Lagos State of Nigeria 2011.When the charge was read to him, the defendant pleaded not guilty and was granted bail by Magistrate Martins Owumi in the sum of N200,000 with two sureties. The case has been adjourned till 26 September, 2012 for further hearing. 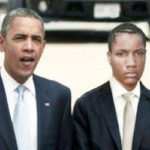 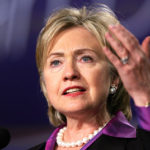