James Momoh, an Abuja-based media worker, died a gruesome death after he was run over by a convoy belonging to the Oil Resources minister, Diezani Allison-Madueke. Momoh was reportedly on his way back from work at Nicon Junction, Maitama area of Abuja late Wednesday, when the tragedy occurred.

Momoh’s death was hushed up from the media because Diezani was protecting her image until the Nigeria Union of Journalists (NUJ) FCT council learned of the incident and issued a statement today expressing their condolences to his survivors.

A PM News report indicated that Momoh was taken to the NNPC hospital where he later died after the incident.

A statement by the Chairman of Council, Comrade Chuks Ehirim, described the death of Momoh, a production staffer with the newspaper, as avoidable and unfortunate.

According to Ehirim, the death of Momoh brings to fore the recklessness of government convoys and their absolute disregard for traffic rules and other road users.

The NUJ FCT chairman accused the oil minister, who just returned to the country after an extended trip abroad, of failing to show any concern or human feeling for the dead man by reaching out to his relatives. He said she was rather more bothered about protecting her image.

Ehirim warned that the union will not fold its arms and watch government officials treat human lives with levity and called for proper investigation into the matter as well as proper compensation for the bereaved family.

Mrs. Allison Madueke arrived in Nigeria on Tuesday morning on a British Airways flight after Saharareporters revealed that she was undergoing treatment for an undisclosed illness. She denied the report on her Facebook page, cut short her trip by one week and quietly returned to Nigeria on Tuesday only for her convoy to kill the newspaper man on Wednesday night.

It was not known at press time whether Mr. Momoh had a family or what memorial services are planned. 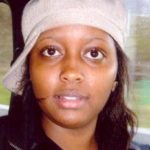