The Peoples Democratic Party (PDP) has described the celebration of Democracy Day under a government led by President Muhammadu Buhari as a national tragedy.

According to the party, the Buhari-led All Progressives Congress (APC) government “desecrated all our democratic values and despoiled our electoral processes just to have itself in office.”

The opposition party however, congratulated Nigerians for this year’s June 12 Democracy Day, calling on all “compatriots to use the occasion to reflect and redouble their efforts in the collective quest for the re-entrenchment of true democracy and its tenets of rule of law, freedom, tolerance, dialogue, peaceful co-existence, justice and the sanctity of our electoral process.”

In a statement by its national publicity secretary, Kola Ologbondiyan, PDP insisted that the Buhari Presidency and the APC cannot celebrate Democracy Day when they are allegedly still overburdened by the guilt of their questionable presidential electoral victory.

“The PDP invites Nigerians to note how President Buhari’s address clearly shows a disregard for the tenets of democracy as he (Mr. President) had no clear commitments or assurances on fundamental issues of constitutionality, rule of law, separation of power, justice, fairness, free speech and rights of citizens, which are the hallmarks of democracy.

“Mr. President also had no regrets for the manipulations, infractions and violence that characterized the 2019 general elections, under his watch, for which the nation now has an unprecedented 766 election petitions, including the highly manipulated Presidential election.

“It is sad that on a day like this, Mr. President dwelt on false performance claims and had no soothing word for millions of compatriots that have been subjected to the worst form of economic misery, that they are now resorting to suicide and slavery mission abroad.

“He also had no words of hope for the victims of escalated insurgency, kidnapping, banditry and bloodletting in various parts of our nation.

“How can this administration superintend over a Democracy Day celebration when it has questions of constitutional violations, electoral manipulations, media clampdown, victimization of opposition, emasculation of free speech, brutalization, arbitrary arrests and illegal detention, as already detailed in various reports, including those by the United States Department of State.

“It is disheartening that the same electoral manipulation, violations and injustices for which the icon of June 12 Democracy Day, Chief MKO Abiola died, have brazenly taken center stage under the APC misrule,” statement read in part. 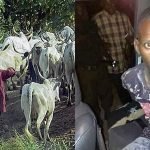 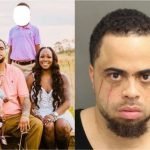