The “American Idol” judges’ panel is now complete with the naming of singer-rapper Nicki Minaj and country crooner Keith Urban. The Fox network officially tapped the pair with an announcement yesterday, confirming rumors surrounding them both just hours before the first round of auditions for next season was due to begin in New York.
Minaj is getting $12 million for a one-year deal on the hit Fox TV singing competition, a person in the music industry with knowledge of the deal told The Associated Press on Sunday. The person spoke on condition of anonymity because they were not authorized to publicly discuss the deal.
A representative for Urban wouldn’t disclose the singer’s compensation for “Idol.”  The announcement also settled the status of Randy Jackson. He will stay put as the sole remaining original “Idol” judge, scotching rumors he might assume a different role on the popular talent competition.
This trio will join pop star Mariah Carey on a judges’ panel now expanded to four members from its previous three. The AP reported in July that Carey is receiving just shy of $18 million for a one-year contract with a renewal option.
Arriving at Jazz at Lincoln Center, where the auditions would take place, Urban hailed “Idol” for its “great history of producing real stars.”  As an “Idol” judge, he said he plans to be “authentic” but not cruel.
“I did similar shows when I was very young in Australia,” he recalled, “and I was sort of crucified by one judge. So I don’t know that I’ll ever be THAT guy.”  Minaj said during the auditions that she’ll be looking for “a superstar,” which, she explained, is “something that can’t be defined in words.”  Jackson called this pair of hires a “fresh, fresh, fresh ’Idol’ one-two!”  Minaj, he said, “brings a whole other cool vibe we’ve never had on the show, and Keith Urban? My God, he’s unbelievably talented!”  When Carey was asked whether she had eagerly awaited news of who would join her as judges, she cracked that, no, she hadn’t, ”because all I really care about is me,” but quickly added, “Only kidding.”  Turning serious, she said she didn’t know what kind of judge she would be.
“Am I the mean one? Am I the nice one? … It’s not about me, me, me, it’s about them (the contestants) and what I can bring to them to help guide them in the right direction,” said Carey
Ryan Seacrest will also remain the host of the show. 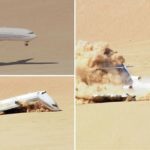