Aliko Dangote is the richest man in Nigeria and Africa, but in the past, part of the criticism against him was that he made so much money and gave so little back to society. They compared him with some of the world’s great models in philanthropy like America’s Bill Gates and Warren Buffett and expressed a desire to see Dangote’s more altruistic side.

Dangote has been doing just that recently. Following the wave of violence which swept through the North of Nigeria in the aftermath of the 2011 elections, Dangote gave the displaced $600 (about N100,000) each. He’s given away millions to education, health and social causes.
Nowadays, he counts those same names he had been frequently compared with —Bill Gates and Warren Buffett— as the inspiration behind his decision to step up his giving and making it public.
Watch this video from the Forbes 400 Summit on Philanthropy, held in New York this June, where Dangote shared his thoughts on giving, philanthropy and the benefits of changing lives. 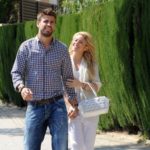