A businessman, Alhaji Abdulrazak Kutepa, on saturday donated N10 million cash to the victims of the recent flood disaster in Kogi State.
A statement signed by Mr Jacob Edi, Special Adviser to the Governor on Media and Strategy, said that Kutepa handed over the money to Gov. Idris Wada at the Government House. The statement, a copy of which was made available on Sunday in Lokoja, said Kutepa also donated bags of rice, clothes and other materials to the victims.
Kutepa expressed sadness over the flood disaster which ravaged 457 communities in nine local government areas of the state.

He advised that N9 million be shared among displaced persons in the nine local government areas while the government should keep the balance of N1 million for the maintenance of resettlement camps.
He also promised to use his business contacts to attract more donations to the victims….continue

Kutepa said that his response to the plight of the victims came late because he was out of the country.
The businessman, who is also a chieftain of the PDP, commended the government for rising to the challenge and promised to team up with the governor to bring succour to the victims.

In his response, Capt. Idirs Wada, who described the flood as `overwhelming,’ said the government had put in place measures to prevent outbreak of epidemic.
He promised that the money and other items would be strictly utilised for the benefit of the affected people.
Wada said a committee, headed by the deputy governor, Mr Yomi Awoniyi, had been constituted to handle the distribution of the money and materials to the victims 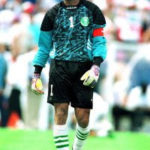