What are those two kids up to behind Obama?Who cares about dead-heat presidential elections?A little boy kept his focus on what really matters – girls – when President Obama made an unscheduled stop during campaigning in Florida. As Obama, all smiles, balances a small child on his knee in the front row, but was totally oblivious to the young boy in the back row, standing behind the p

resident who thought this was his chance to make that move. He grabbed hold of the neck of the little girl next to him and planted a kiss on her cheek.

The president called a halt to his schedule so that he could have his photograph taken with a group of schoolchildren he spotted on a tennis court, waiting to wave at his motorcade as he continues efforts to win the presidential race. 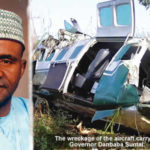