One of the two pharmacists, exonerated last week of having hands in the murder of Cynthia Osokogu Udoka (Read about her HERE) had been re-arrested on the order of the Lagos State Government. This was disclosed by the state’s Commissioner for Justice and Attorney-General, Mr. Ade Ipaye, at a news conference on the update on the murder case….continue reading
Seven persons were arrested by security personnel in connection with Cynthia’s murder at a hotel in FESTAC Town by her facebook friends. Two of the suspects, who were pharmacists, Orji Osita and Maduakor Chukwunonso, were ordered to be released on the advice of the state Director of Public Prosecution (DPP). But a magistrate court, sitting at Yaba area of Lagos later ordered that Osita should be re-arrested based on fresh advice from the DPP.
Yesterday, the Attorney-General confirmed the re-arrest of Osita while disclosing that the state was ready to prosecute all those found culpable in the lady’s murder. Ipaye stated that new facts available showed that one of the pharmacists was culpable in the death of Cynthia. “The pharmacist that was released was the one that sold the drug and not the pharmacist that persuaded the other to sell the drug used on the deceased,” he said.
The Attorney-General stated that all those found culpable would be arraigned before the court and that the charges against each of them would be determined by the level of their culpability. According to him, the charges against those involved in the sale of Cynthia’s phone would be different from those found to be actively involved in her death.
He said the DPP had given its advice on the matter and that the suspects would soon be arraigned in court. In a related development, Ipaye also disclosed that a commercial driver who was alleged to have attempted to kill a judge would also be charged to court. He said the DPP had also given its advice on the matter and that the suspect would soon be prosecuted at the law court 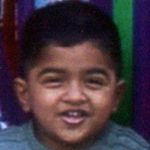 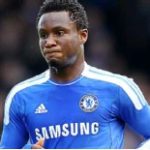