It could be pretty annoying when you look holy sometimes as is the case of “Jesus look-a-like” Nathan Grindal when he was thrown out of a Dart game for “looking holy”
It was a disturbing experience for Nathan Grindal when more than 4,000 darts fans decided he looked like Jesus.
As he sat down among them to watch a top darts final, the crowd started crucifying him with chants of: “Stand up if you love Jesus.”…..continue reading
The mickey-taking got so loud that it began to put legend of the oche Phil “The Power” Taylor and Belgian opponent Kim Huybrechts off their game.
Distressed: Nathan with security Lawrence Lustig/PDC
So security men were called and poor old Nathan was asked to leave. Six guards escorted the 33-year-old labourer to another part of the venue where he had to watch the rest of the match on TV.
Fans among the 4,500 crowd found the spectacle hilarious, but furious Nathan did not see the funny side.
He said: “It was distressing. I was emotionally distraught. The crowd were bullying me and picking on me. It would have been OK if security hadn’t made a fuss getting me out.
“In his post-match interview, Phil Taylor said something like, ‘If I ever see Jesus again, I’ll crucify him myself’. Now that’s just hurtful.”
Nathan, from Oxford, had gone to watch the Cash Converters Players’ Championship final at Minehead Butlins in Somerset with pals.
Later, runner-up Kim Huybrechts signed Nathan’s program with the words: “To Jesus. Hard luck mate.”
Professional Darts Corporation spokesman Dave Allen said: “There was a lot of chanting of Jesus and to avoid it distracting the players Nathan was taken to another part of the complex.”
UK Mirror 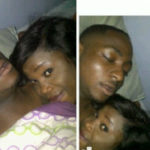