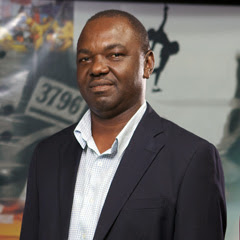 Death came calling unexpectedly last night for the Head of Sports Channels Television Joe Ighile when he died while presenting the 9’0clock Sports programme live.
Joe,who introduced the programme,on suspecting some discomfort, asked for a break on television and requested to be taken to the hospital immediately.
Few minutes after getting to the hospital ,he was pronounced dead.
He attended Bendel Sate Univesity University, now Edo State University Ekpoma. He studied English and Literature.
During his National Youth Service Corp period in Makurdi, Benue state, Joseph received the Chairman’s award at the end of his service year owing to his outstanding contributions to the Orientation Broadcasting Service (OBS) and also as a corps liaison officer at the NYSC secretariat.
Ighile’s began his career in media from the Edo Broadcasting Service (EBS) as a content staff where he was involved in youth programmes in the early 80’s.
His versatility earned him a job with disc engineering Ikeja, Lagos where he was made the manager of broadcast in-charge of local contents before he joined Channels Television in 2003 as a reporter/producer.
He is currently the head of sports desk in-charge of all the sports programmes.
The widely travelled senior sports reporter/presenter is a winner of multiple awards and a member of the Nigeria Football Federation media and publicity committee as well as Sports Writers Association of Nigeria (SWAN)
He is married and blessed with two beautiful children 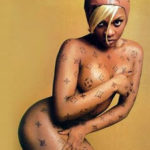