An engineer with Nigeria’s Federal Road Maintenance Agency, FERMA collapsed and died two days ago  in Abeokuta, capital of Ogun state, after Ivory Coast netted the equaliser in the Nigeria – Ivory Coast quarter-final match in the African Nations Cup tournament in South Africa.

The man, identified as Owolabi Ismail had a sudden heart attack at a viewing centre popularly called,”Promise Stadium” which is located at Lanlepe compound, Oke-Sokori,Abeokuta. He died while he was being taken to the hospital. He had since been buried according to Islamic rites.

A witness said Owolabi slumped when the Ivorians equalised Nigeria’s first half goal lead. Nigeria eventually won the game, with another goal scored in the second half. According to him: “We were watching the match at the viewing centre with much anticipation and anxiety from everybody. He was so much in the match that he did not want any distraction from anybody. Immediately our boys fired in the first goal, the excitement was so much that he was dancing and praising God and when the Ivorians equalised, he collapsed instantly and we have to rush him to a nearby hospital where there was no doctor on hand to attend to him only to give up the ghost while being taken to another hospital in the area”, he narrated.

Owolabi’s elder sister, Rashidat said that her late brother, popularly called Engineer or Baba Ibrahiim was survived by aged parents, two children, a male and female. Sympathisers and mourners were trooping into his residence to condole with the family members over the tragedy. 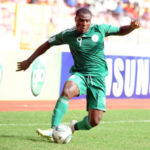 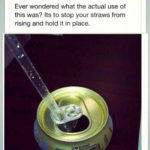