Ogun House of Assembly Speaker Hon.Suraj Adekumbi and 4 other members were this afternoon placed on indefinite suspension for bringing the Assembly into disrepute while Hon. Remmy Hazzan has been elected the New Speaker of Ogun State

The ambience serene of the Ogun State House of Assembly was a theatre of comedy today. Actually there was apprehension everywhere as the Honourable members were entering the chamber because of the news everywhere that some members were going to be suspended and this became more certain when one of the serving member of this government from Abeokuta North Local Government Cabinet and a known close ally of His Excellency, Senator Ibikunle Amosun posted on his Facebook page late yesterday  “*** Tomorrow is another day for the test of power in the Ogun house of Assembly! Let’s see who carry the day! Ina Esinsin kii jo ni Leemeeji!”…… Continue

As soon as the House convened, the

Honourable Speaker addressed the house and
said “…For carrying fire-arms to the plenary;
Hon. Remmy Hazzan is hereby suspended
indefinitely from the house. He went further
to pronounce the suspension of:

The pronouncement of the Hon. Speaker jolted the whole house and the House suddenly became a free for all which led to struggle for the possession of the maze. All members including the Speaker ran out of the chamber eventually.

A few minutes later, there was another roar of noise of “power resides in people…” led by some members of Assembly again with a partially broken Maze in the hand of one of them. They were numbered 14 as well as crowd of their supporters singing behind them.

The fourteen members reconvened the sitting and nominated Hon. Remmy Hazzan as the speaker pro tempore. He addressed them on and read some rules of the house and requested for a motion to suspend the quartet of Rt. Hon Suraju Adekunbi (the Speaker), Hon Tola Banjo (Deputy Speaker (Ijebu Ode)), Hon Jolaoso Isreal (Majority leader (Ewekoro)) and Hon Oluomo Olakunle
(Ifo). The motion was moved by Hon Elemide Olusegun (Odeda) and seconded by Hon Onademuren Samson (Ijebu Nort-East).

I asked one of the fourteen members on what he thinks could be the issue behind the absurdity in the house; he said it has to do with the intension of the Governor to go for Bond. He further told me that they are not against borrowing but they only told speaker in their pen ultimate sitting that they must first and foremost know the the actual figure of the debt accumulated so far since May 29, 2011 and what the debt was used for. He said that question was the beginning of the hostilities and they are ready for the battle. 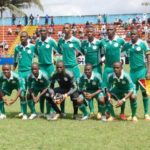