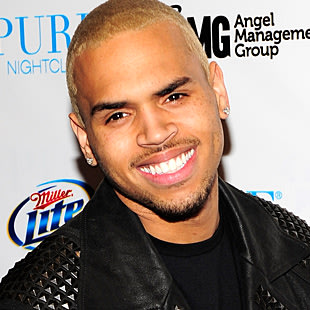 Chris Brown was having a grand ol’ time at the Emerson Theater in Hollywood Thursday morning when he felt the urge to give the men in the crowd some advice. According to TMZ, he took the mic from the house dj and offered the following (in a melodic tune):


So every person in this motherf****ng building,if you got a bad B***h, you better say that to her cuz she might f**k another [n-word].”

Granted, singer Miguel has a song on his album of a very similar nature but…well, Miguel doesn’t come across an uncontrollable person so its allowed.  Chris, on the other hand, often lets loose in drunken stupors and will never catch a break when he’s filmed saying something like this.

Perhaps his boo thang Rihanna likes talk like that (in the heat of the moment, other women might too) so he felt it only right to share what works in his relationship.

La La and Carmelo Anthony Back Under One Roof