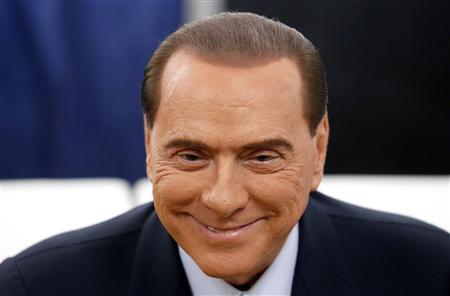 An Italian court on yesterday sentenced former prime minister Silvio Berlusconi to a one-year jail term for making public the taped contents of a confidential phone call in a case related to a 2005 banking scandal.
The sentence, which was read in court by the judge, came as Berlusconi is facing two other trials for alleged tax fraud and paying for sex with an underage prostitute.
Prosecutors in the wiretap case had asked for a one-year jail term for the media tycoon.
Berlusconi, who has denied any wrongdoing, can seek to have the decision overturned before a court of appeal.
Under Italian law, he is not expected to serve any prison term until all possible appeal trials have been carried out.
READ ALSO
Journalist linked to Boko Haram arrested At Nnamdi Azikiwe International Airport [PHOTO]