A breakaway Islamic extremist group Ansaru today said it had killed seven foreign hostages it seized on February 7 from a construction company in Nigeria, . The group issued a statement on its website in Arabic and English accompanied by screen shots of a video purporting to show the dead hostages.

Those kidnapped included three Lebanese citizens and one each from Britain, Greece, Italy and the Philippines all employees of Setraco, a Lebanese construction company with an operation in Bauchi state.

The message, posted to an Islamic extremist website Saturday, said Ansaru members killed the hostages after British warplanes were seen in Bauchi, in the country’s north, by Nigerian journalists. “(We) announced the capture of seven Christians foreigners and warned that should there be any attempt by force to rescue them will render their lives in danger,” the statement said. “The Nigeria and British government operation lead to the death of all the seven Christians foreigners,” it said.

It said a video of the killings would be posted online. An online image accompanying the posting appeared to show a gunman standing over dead bodies. 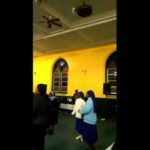 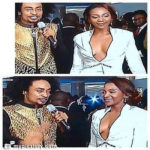