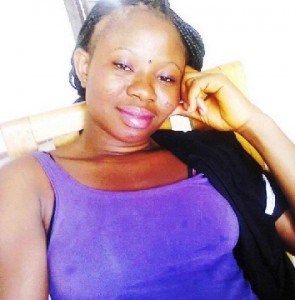 18 year-old girl, Miss Ladi Okoro who works at Mararaba, a suburb of Abuja, the Federal Capital Territory, must have heard tales of how people fall victims of ritualists, yet she had not experienced one until Wednesday, 6th March, 2013 when some ritualists picked her and 2 others from Mopol Junction in Mararaba, after the young girl had closed from work.
Ladi who narrated her experience in the hands of the ritualists to DailyPost said she could only remember when the driver of the red taxi that picked them from the junction stopped for them to get into the car.
According to Ladi, it was like a movie scene as she only realized she was in trouble when she woke up midnight to discover that she was not in the house but in the midst of some strange faces.
“All I remembered at that point was when I got into that car. After then, we all slept off, and the driver of the red taxi took us far into the bush. I woke up midnight to realize that I was in a strange place. We met 5 other victims, but they were all ‘dead’ asleep”.
Ladi said the moment she realized that she was at the wrong place, she began to pray alongside one of the girls who boarded the same taxi.
“When I realized that I was in the wrong place, I quickly went into meditation and prayer. I told God that it was not yet time for me to die. We both refused to sleep.
When others were sleeping, we were crying and praying. They put guns on our head and asked us to keep quiet. We were never ready to give up as we continued to pray even in silence.
Fortunately for me, they stepped out of the uncompleted building, then my phone rang. I summoned courage to speak to my people. I had told them what had happened before the conversation was cut short, as the ritualists rushed into the building to cease all our phones, warning me and the other girl to remain quiet or we would be killed.”
“However, we did not stop crying and praying. Our persistent prayers put them off balance.”
Disclosing how both of them were freed, Ladi said ” We cried and prayed till the next day, and at about 9am, the ritualists had a brief meeting and threw our bags out of the building.
We walked round the bush, trying to trace our way back to town.
However, we came out at one express way, where we discovered that we had gone far into Kefi forest. We were helped by some good Nigerians.
A young boy who claimed he knew where the ritualists operate had volunteered to take the police to the uncompleted building. Though, we didn’t go with them again, we were told that the men had vacated the building before the police got there.”
Speaking on the fate of the other six they left at the place, Ladi said “I really pity them. They didn’t even know what was happening. They were deeasleep. Now that the police said they have vacated the uncompleted building, I really don’t know what must have happened to them. They could be killed.
I just pray nothing happens to them.”
Among the other six victims, Ladi said they were 4 young women and 2 young men.
When DailyPost visited one of the police stations around Kefi, in Nasarawa state, the police disclosed that they were told about the incident, and efforts were on top gear to rescue the remaining victims.
Ladi has since been reunited with her family after they had suffered much trauma.