As the country grapples with the terror activities of the fundamentalist Boko Haram sect, another terror group, Movement for Oneness and Jihad in West Africa, has emerged.
Punch  correspondents gathered that the new sect also has a strong presence in Niger Republic.
Currently, two terrorist groups exist in Nigeria — Boko Haram and Jama’atu Ansarul Muslimina fi Biladis Sudan.
Punch report below:
SUNDAY PUNCH reports that there are fears in security circles that MOJAO may infiltrate the country due to the porous nature of Nigeria’s borders.
Minister of Interior, Mr. Abba Moro, had last week said there were 1,497 illegal routes into the country.
MOJAO, a splinter group of the international terror group, al-Qaeda in the Islamic Maghreb, is after military operatives and facilities of countries that are complementing France’s efforts in quelling terrorists’ insurgency in Mali.
Besides Niger, Nigeria, Chad and Bukina Faso are involved in military operations in Mali.
On Thursday, the Jihadist group claimed responsibility for a twin suicide bombing attack at the Nigerian/Nigerien border.
No fewer than 26, mostly Nigerien soldiers, were killed and about 30 injured, in the multiple attacks.
MOJAO spokesman, Abu Walid Sahraoui, said the attacks were targeted at “the enemies of Islam.”
“We attacked Niger Republic because of its co-operation with France in the war against Sharia,” he added.
A highly placed security official told one of our correspondents that the group had been in existence since 2011.
According to the official, who pleaded anonymity because he was not authorised to speak on the subject, MOJAO poses a threat to Nigeria’s security.
He said, “We now have to prevent them from infiltrating Nigeria; we have enough Boko Haram challenges. Don’t forget that members of Boko Haram, who were dislodged from Sambisa Games Reserve and other camps in Borno State fled to neigbouring states and the Niger Republic. So many of them from Abadan, Malam Fatori and other villages, are now refugees in Difa, Niger Republic. They can decide to pitch tents with MOJAO.
“MOJAO has attacked barracks in Niger, which is similar to what Boko Haram does in Nigeria. This new group may want to do the same in here majorly because we are also involved in the Malian operation — which is one of their grievances.
“They are also likely to target our soldiers at the border.”
When SUNDAY PUNCH contacted the Director of Defence Information, Brig.-Gen Chris Olukolade, on Friday about the threat of the new group, he said efforts were on to sensitise all military formations across the country to exhibit a high level of alertness.
Olukolade said the Nigerian troops were at the border with Niger in line with the military’s decision
He said, “Our troops are everywhere. They have been at the border since the beginning of the operation.
“Military formations are being sensitised on the need to maintain a high level of alertness in all locations whether or not they are involved in any operation or exercises.
“The public is implored to be vigilant and ensure that they report all suspicious movements or activities to security agencies promptly.”
President Goodluck Jonathan had on May 14, 2013, during a national broadcast, declared a state of emergency in Borno, Yobe and Adamawa states.
This was in response to the activities of suspected terrorists in North-Eastern part of Nigeria.
Some sections of Nigeria’s border with Niger pass through Yobe and Borno states.
Meanwhile, Adamawa State has begun the registration of residents of communities in its domain as a precautionary step against infiltration by militants fleeing military bombardment in Borno State.
SUNDAY PUNCH learnt that holders of the traditional titles of Sarkin Matasa (youth leaders) in communities across the state were driving the project.
A military source in the state said, “Adamawa State through the emirate council has introduced a house-to-house count of people in the state. This is to enable all wards leaders to know the exact number of persons per household and to check infiltrators in Borno.”
The source, who pleaded anonymity, added that suspected Boko Haram members, who had fled northern Borno, were regrouping at Zumo area of Song Local Government Area of Adamawa State.
The area is believed to have a difficult topography comprising mountains, rocks, and thick forest that extends to the country’s northern border with Cameroon.
The Director, Press and Public Relations of the Adamawa State Government House, Mr. Ahmad Sajoh, confirmed the development.
He said, “What is happening is part of our pro-active measures to mitigate the effects of the state of emergency. The Sarkin Matasa, who are traditional title holders in the state’s Emirate Council, will mobilise people to be pro-active.
“What they are doing is to encourage the people to open registers, either in writing or using indigenous methods, to keep track of residents of a given area.
“You know, counter-insurgency cannot succeed without security winning the hearts and minds of the people. With this method, the people will know one another better and will be able to account for members of the community, in case they go out and do not return.” 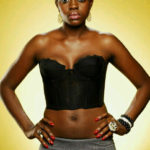