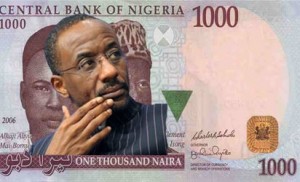 **Churches require EFCC approval before withdrawing even a kobo from their accounts with banks.
**most churches have to cancel their crusades because the fund to organise it were trapped in banks.
**one is confused at how pastors, especially in the South East, South West and South South have become sponsors and financial backers of Boko Haram from Sanusi’s directives.
Mallam Sanusi Lamido Sanusi, the Central Bank of Nigeria (CBN) Governor has frozen the bank accounts of most churches in Nigeria under what his office claimed to be seeking for sponsors of Boko Haram. Many churches have been stranded since the past two weeks due to their inability to withdraw money from most commercial banks due to a CBN directive that they must provide their list of shareholders and directors before they could access their funds. Sanusi is much aware that churches and Mosques in Nigeria do not have shareholders or directors.
The churches in addition are required to fill forms which will be taken to Economic and Financial Crimes Commission (EFCC) for endorsement before even a kobo will be withdrawn by them.
This stance of the CBN under Sanusi have crippled a lot of church activities within the past two weeks.
This Sanusi is very funny oooo, how can pastors be sponsoring Boko Haram that’s killing christians?

In Enugu, a cleric who anchors Healing Has Begun crusade, Archbishop A.A Nwodika had course to cancel a crusade because the fund to prosecute it was trapped in banks. In the same note, the preparations for the Pentecostal Fellowship of Nigeria (PFN) biennial conference in Enugu State billed for next month is being hampered because PFN cannot access their account and their State chairman, Bishop Obi Onubogu whose attempt to access the funds was unsuccessful had called upon concerned members to assist them with aid so that the conference does not fail.
This stance of the CBN was principally given as caused by the determination of the Bank to fish out financial sponsors of terrorism including the routes through which they launder money. The Christian Association of Nigeria have threatened a showdown with CBN and whosoever is responsible for the order.
The CAN leadership under Oritsejafor had asked all the churches affected not to fill any form in any bank . They asked their members whose funds have been so seized to forward such evidences to their respective state secretariat for onward transmission to the National secretariat.
The legal adviser of CAN have threatened legal redress if Sanusi and his cohorts at CBN do not lift the order. CAN leadership gave the order at Umuahia last week when they converged to inaugurate the newly elected Abia State Chapter of the organization.
They argued that churches are registered under Act C which is for non governmental organization while the CBN demands is for Act F which obtains for business organizations.
What is surprising to many is that President Goodluck Jonathan had earlier said that Boko Haram sponsors are in his government. His special assistants on Media, Reuben Abati and Doyin Okupe had alluded to the fact that Boko Haram is sponsored by certain Northern Muslims. Therefore, one is confused at how pastors and gospel ministers, especially in the South East, South West and South South have suddenly become sponsors and financial backers of Boko Haram from Sanusi’s directives.
Those involved in money laundering are politicians and public servants and these people are accessing their funds freely while churches and pastors are being unnecessarily victimized and indirectly tagged sponsors of Boko Haram 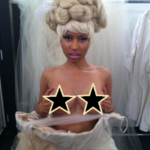