I saw this article on BBC and decided to share it for 2 reasons, 1.cos his black and 2, cos you can achieve whatever you set your mind to.
Jamal Edwards made his way from a teenager on a council estate in west London to self-made multimillionaire in a very short space of time. This amateur film-maker turned media boss, as his capital now exceeds £8m (N2,030,500,000), and counts famous entrepreneur Sir Richard Branson  as one of his friends.
Jamal is the owner of SBTV, a broadcasting company that makes videos – typically music videos featuring rap and pop music stars – and puts them up on YouTube. The SB stands for SmokeyBarz, Jamal’s own rapping nickname.
Attracting millions of hits, predominantly from 13- to 30-year-olds, the business continues to make a fortune by taking a percentage of YouTube’s advertising revenues for adverts that are linked to its videos.
It is not a bad living for a young man who got into film-making after his parents gave him a basic video camera as a Christmas present when he was 15, and someone who by his own admission has no formal training. This gift inspired Jamal and he immediately started to film friends rapping or singing.
Jamal says it is just a question of believing in yourself, and finding your talent, which for him is making videos.
Not instantly aware of the commercial potential of what he was doing, Jamal says he started to upload the videos to YouTube simply to make it easier for his extended friends to see them.

“You can say my videos had mixed reviews to begin with, some people didn’t get them, but others thought they were sick [good],” he says. “So I started to put them up on YouTube so everyone could see them, and it just grew from there.”

Leaving school and getting a job in clothing company Topman, Jamal continued to make videos avidly in his spare time.
Building up a reputation for the quality of his work, he would film up-and-coming rappers and singers, while also targeting more established stars outside nightclubs, hotels and dance music radio station Kiss 100.
YouTube, owned by Internet search engine giant, Google, turned him down three times, but Jamal persisted. YouTube ultimately agreed after he was able to prove that all the videos he was uploading were original content that he had made himself.

“My first YouTube cheque was for a couple of hundred pounds. So I said, ‘Look mum, I have earned money from YouTube.’

“But my parents were like, ‘That’s not sustainable income, that’s not steady.’ But the cheques have just got bigger and bigger. The more effort I put in, the more views the videos get, and the more advertising revenues I get back.”

Jamal pursued his goal and was able to quit Topman and run SBTV on a full-time basis.
Today he has 12 members of staff, and SBTV also has its own website that carries news stories and feature articles in addition to the videos.
Jamal was recently seen in the front row at London Fashion Week in September…..see picture below

Jamal has also this year published a self-help e-book called Self Belief: The Vision.
The business so impressed Sir Richard Branson that last year Jamal won a best new start-up award from Virgin Media. And the two have stayed in touch ever since, becoming close friends.

Jamal Edwards had a meeting with Prince Charles and has been appointed as an ambassador for the Prince’s Trust …see picture below:

But has becoming a multimillionaire changed this young man?

“Honestly no, I come from a humble background, I’m from a council estate. It is nice to be comfortable, and be able to buy things for friends and family, but I’m not motivated by the money.

“I don’t want to be treated any different, I’m still the same person, I’m well grounded. And if I wasn’t, my friends and family would soon knock me down to size,” the self-made multi-millionaire stated. 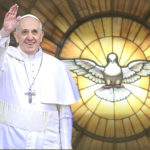