According to multiple reports Rihanna is not a fan of Beyonce’s surprise album drop at all. This report from GossipCop offers conflicting information and tries to clarify the rumor of a brewing feud between Queen Bee and Riri. Read Below
from GossipCop:

“Today was supposed to be ALL ABOUT RIHANNA. Rihanna and Eminem currently have the number ONE single on the Billboard charts – MONSTER. And Rih is set to release the VIDEO today.”

“But all everyone is talking about is BEYONCE’S ALBUM, and the 17 videos she released on Friday,” says MediaTakeOut, and now “Rih is FURIOUS with Beyonce.”

“Rihanna and Beyonce have always had a very cordial [relationship], but they are definitely competitors,” says MTO’s “insider,” who adds, “[I think] Beyonce definitely pulled a power play and let Rihanna know who the Queen is.”

That’s some rock-solid reporting right there.

Anyway, MediaFakeOut further alleges, “We’re told that Rihanna contacted HER MANAGEMENT” over the timing, “and CUSSED FOLK OUT.”

Those are “exclusive details” all right — absolutely wrong ones, though.
First off, the “Monster” video is really Eminem’s, not Rihanna’s, as she is featured on his track.
Secondly, a source close to Beyonce further laughed off the allegations, saying speculation that her album release had anything to do with Rihanna is ridiculous” 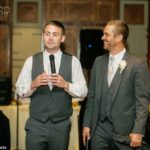