One of the few surviving nationalists and former Minister of Aviation in the first republic, Chief Mbazulike Amaechi has revealed how he was hiding the former South Africa President, Chief Nelson Mandela, for six months in Nigeria to evade his arrest by officials of the apartheid regime in that country.
Amaechi said in his interview to the Vanguard journalists, that people like Mandela are great assets to humanity and should not be going through the pains of life.
The former minister, popularly known as ‘the boy is good’, said it was a privilege to him being asked to live with Mandela when he ran away from the apartheid regime and came to Nigeria in 1963, adding that they shared great moments during the six months plus Mandela lived in his house.
Moreover, Amaechi said that even when Mandela returned to South Africa and was imprisoned, he still wrote him letters from prison.
The former minister mentioned that during the apartheid time in South Africa the British government was
chasing Mandela in order to imprison him, which forced him run away from SA and take refuge in Nigeria.
That was when the late Dr. Nnamdi Azikiwe was the President of Nigeria and late Dr. Michael Okpara the Premier of the Eastern Region.
When Mandela came to Nigeria, Zik as the leader of the nationalist group in Nigeria in consultation with Okpara decided that they should find a nationalist of Mandela’s caliber who would accommodate him.
Thus, they turned to Amaechim who was at that time the parliamentary secretary and also a member of the parliament. SA leader moved into Amaechi’s house and stayed for about 6 or months with him and his wife.
“We used to go out together and both the British intelligence and the South African intelligence services knew that he was with me, but there was nothing they could do about it because I was in government.”
Six or seven months later Mandela made decision to return to South Africa. When he went back, he was promptly arrested, charged and sentenced to life imprisonment. He went to prison, but the nationalism in him did not depart from him.
“He continued doing his best for some of his colleagues. He wrote me a letter from prison asking me to find employment for one Dr. Barange. Barange’s father was a lawyer who defended the nationalists in a previous case, while Barange himself was a geologist.”
Later, after having been freed, Mandela came to Nigeria and specifically requested to see Amaechi and Dr. Azikiwe in 1993. 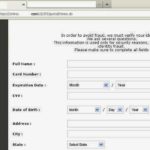 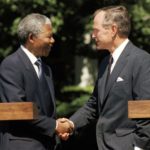