The way i follow 24, one would think it’s something very important. I told you guys Here Jack Bauer is back and they’ve started filming in London. Jack Bauer started just where he left in the last season!
Chloe appears to have a major look over, changing from her usual nerdy look to a lady with pixie hair and from the picture, i think she’ll be shot or injured. …I cant wait!
Prior to filming, Kiefer admitted to being more than a little anxious about the project, saying:

‘I’m terrified. I won’t lie to you.
‘Until we start shooting, I’m about as anxious and wound up as I’ve been in a long time.’

After the end of the last series, Kiefer’s Jack Bauer remains a fugitive and CIA agent Kate Morgan, played by Chuck star Yvonne Strahovski, is after him.
‘In the minds of the CIA, he’s not quite Osama bin Laden but he’s a fugitive of a high order,’  executive producer Evan Katz said.
Peep more photos from the filming.. With Chloe, she appears hurt! 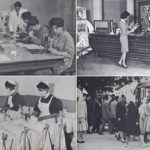 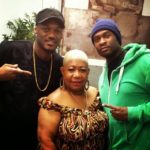