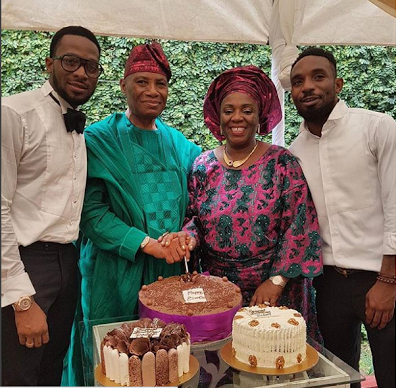 According to insider sources,  it was a court wedding at Onigbongbo, Lagos and only 20 people were in attendance. The reception was done at D’banj’s family house at Maryland, Lagos and cameras were strictly prohibited at the event which coincided with his father’s birthday. He allegedly got married to a yet-to-be-named half cast who is an American and her mum is half Nigerian, half South African

The 25 guests who were invited and attended thought they were going for D’banj’s dad birthday party but were shocked when it turned out to be the Registry wedding between Dbanj and a yet to be named Lady.

Recall that D’banj, said in an interview in April 2016 that when he gets married it will be very quiet and no one would know, well perhaps that was what he did yesterday!

Meanwhile if you look closely at that picture above which was taken yesterday, you can see D’banj is wearing a wedding band.

If this turns out to be true, a big congrats to him. 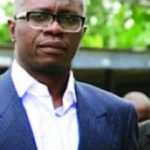 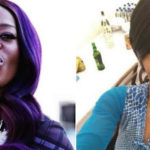