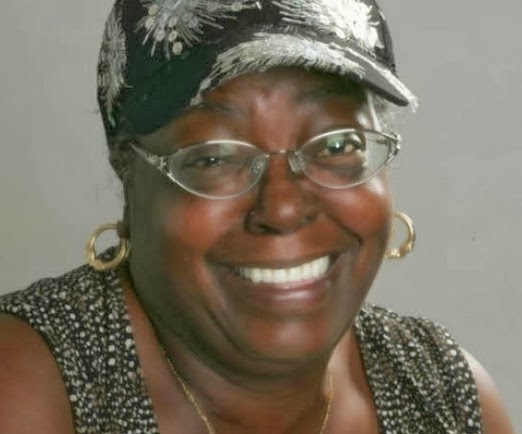 `It was a dark secret. The kind that destroys lives, devastates families and decimates faith. Nobody shared it in any way with Valerie Spruill while her “husband” was alive. Four years after his death, she heard bits of the story. It was something about an absentee father, something about her husband.

None of it made sense. That’s not until her uncle finally told her what no one else had: She had unknowingly married the father she never knew.

“I don’t know if he ever knew or not. That conversation didn’t come up,” she said. “I think if he did know, there is no way he could have told me.” “It is devastating. It can destroy you!” Spruill told CNN late Thursday by telephone. “It almost did.”

60-year-old Spruill of Doylestown, Ohio, went public with her story this month, first published in the Akron Beacon Journal, with the hopes that it would help others facing what seem like insurmountable problems.

It’s a story that has gone viral, attracting attention as faraway as Australia and India where the questions are always the same, she says: How could that happen?

It’s a question that Spruill said she has been grappling with since she first learned the truth in 2004, six years after her “husband” Percy Spruill died.

She confirmed her “husband” was indeed her father through a DNA test, hair taken from one of his brushes.

The aftermath of the secret was devastating emotionally — and physically, Spruill suffered two strokes and was diagnosed with diabetes. All of it, she believes was brought on by learning the family secret. “Pain and stress will kill, and I had to release my stress,” Spruill said. “I’m just telling the story to release my pain.” She has a deep, abiding faith in God, who she believes has guided her through the experience — and others that have shaped her life.“You have to have faith,” she said. “If God brought me this far, He’s not going to leave me now.”

Spruill met and married her husband/father in Akron and settled in Doylestown, a working class suburb of not more than 2,300 people. It was her second marriage. Spruill was a nice man, a good provider. He was kind to her three children from her previous marriage. “We had a good life,” she said. She initially struggled with anger, with hating Spruill for what happened. But therapy taught her what happened wasn’t her fault. Her faith taught her to forgive. Initial response to her story has been mixed: “More positive than negative,” she says. In recent days, she has been in contact with a couple who found out after they were married that they were brother and sister.

They told her, she said, that her story is helping them deal with their own experience. “They are trying to be friends now,” Spruill said. Others, though, have been less kind. “They’ve said things like ‘Some secrets should stay secrets,’” she said. “I can’t do anything about what they think. I just know what I think. God is always mighty, and he teaches you to tell the truth no matter what.” Spruill knows not everybody tells the truth. It’s a lesson she learned as a child the hard way. By all accounts, Spruill’s mother got pregnant as a teenager while dating her then 15-year-old father.

She was 3-months-old when she was sent to live with her grandmother and grandfather, who she initially believed as she grew up was her father. Spruill said at about age 8 or 9, she discovered that the woman who often visited the house was not a family friend but her mother. But nobody, she said, talked about her father.

There’s nobody left to give her the answers about her husband-father. Her mother, Christine, died in 1984. Her grandparents have long since passed. So, too, have a number of Percy Spruill’s relatives.

Spruill knows her mother worked as a prostitute and even got caught up in 1980 high-profile corruption scandal surrounding James Barbuto, a probate judge who was convicted of intimidating investigators and gross sexual imposition for attacking a courthouse clerk in his chambers.

“My mother showed me lots of love. All said and done, I have no regrets in my life at all,” she said.

She believes she has siblings or half-siblings from Spruill’s previous relationships, including the one with her mother. She said she wants to find them and let them know they are not alone. Spruill, herself, has three children and eight grandchildren. She struggled with telling her children that the man they believed was their step-father was their grandfather. A therapist “advised me to tell my kids,” she said. “I told them about two years ago. They are remarkable. They are handling it better than I am.” In recent days, shortly before the news broke, she also told her grandchildren. “They have been so supportive. They are telling me they love me, telling me they will do whatever I need,” she said.

In her spare time, since retiring from accounting department where she worked for 34 years at Goodyear, she has been writing down her story with the hopes of publishing it.

“I thank God that he gave me a chance to live through all of these,” she said. “It is nothing short of a miracle that I’m still here. I want people to know that they can survive something like this.” 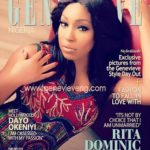 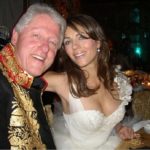