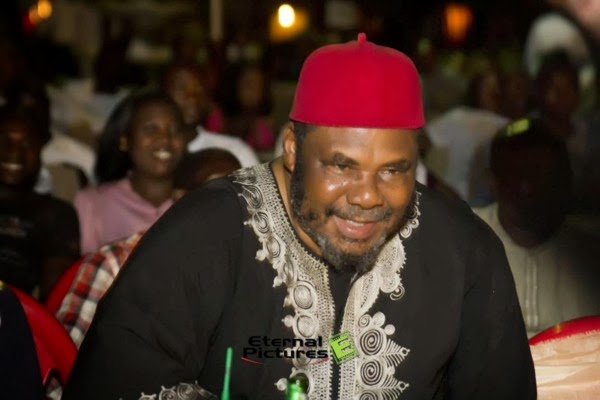 Veteran actor, Pete Edochie who is popularly known for his ‘no-nonsense, strict father and wicked king roles has opened up in a new interview and he says’s his afraid of dearth and would like to be prepared to meet his maker….read below:
When asked if he’s afraid of death and if he thinks about it?

Yes, I think about death. Why shouldn’t I? I think about death not because it is inevitable but because I would like to be prepared to meet my maker when the time comes. That’s why I am afraid of death. There is nobody alive who likes dying. Even if a man is 100 years, loses his sight, becomes a vegetable and inconveniences others, he still wouldn’t like to go. So, yes, as a normal human being, I think of death. Merely thinking of death encourages me to avoid excesses.

On why he gave up smoking

“I smoked for 21 years before I quit, and each time I got tensed up, I looked for a cigarette, and psychologically I was puffing away the anger; but there is no other thing it does for you physically but to destroy your lungs”.

As a young man, I drank a lot. I could drink any bottle under the table. It was because of peer group pressure. We enjoyed diverting ourselves alcoholically. We were not given to subduing the womenfolk as a mark of accomplishment; we always got together to drink and smoke cigarettes. As we got older, I felt there is a need to cut down on all these excesses. I gave up smoking though I smoked for 21 years. I gave it up when I discovered it wasn’t serving any purpose.

When asked how he now wards off anger since he used smoking to manage his anger:

I don’t get angry easily anymore; I used my Fabian philosophy to stop that.

On if he is a fulfilled man

Yes. What else am I going to ask from God? I have a brilliant wife and brilliant children. So, yes, I am (fulfilled).