Oh oh, our dear Mama Peace has been secretly flown to a German hospital again, and that’s the reason why she hasn’t been in the limelight for some time now….well that’s if we are to believe Sahara Reporters.
Sahara Reporters reports

Two reliable sources in Abuja have told Sahara Reporters that the First Lady was secretly flown out to a German hospital for treatment again.

A source said that Patience Jonathan was secretly moved out of Abuja almost a week ago. “She was flown out about a week ago,” the source at the Presidential Villa told our correspondent. He added that he can”t say if she is responding to treatment at the moment.

“She has not been in good health for a while now.”
One source disclosed that she had kept a low profile for weeks before her evacuation to the German hospital.
It would be recalled that her spokesman had claimed last year that the President’s wife was not sick at all but had traveled abroad to rest after hosting a meeting of African First Ladies. Patience Jonathan was reported to be hospitalised HERE and the story confirmed that she was hospitalised for Food Poisoning in Germany HERE.  it was reported that her illness started in Dubai HERE, though The Government of Dubai said they were not aware of her presence in their country. The German Hospital where she was hospitalised barred visitors from seeing her HERE  and said they performed an operation for MAJOR RUPTURED APPENDIX on her HERE. Later it was said the doctors carried out a surgery on her to remove Uterine Fibroid HERE and later we heard she’s suffering from Parkinson Disease HERE She was said to be returning to the country on 10th of October 2012 HERE and it was cancelled HERE.
However, on her return, Mrs. Jonathan herself later confessed that she had been gravely sick, crediting God with rescuing her from a comatose state.
A source in Abuja wondered why a First Lady’s medical trip to Germany is shrouded in secrecy. “Nigerians are paying for her treatment and deserve the courtesy of being informed about her movement,” he said.
The political source added that Patience Jonathan’s frequent trips abroad is a clear indication of the failure of her husband’s administration to improve on Nigerian hospitals after over five years as president.
To read about how Bola Shagaya’s was accused of Initiating Beauty Trip that landed Patience Jonathan in the hospital, click HERE 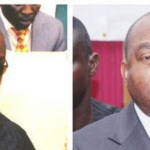