Liberian armed forces have been given orders to shoot people trying to illegally cross the border from neighbouring Sierra Leone, which was closed to stem the spread of ebola. Soldiers stationed in Bomi and Grand Cape Mount counties, which border Sierra Leone, were to “shoot on sight” any person trying to cross the border, said deputy chief of staff, Colonel Eric Dennis.

The order came after border officials reported that people have continued to cross the porous border illegally. Previously, Grand Cape Mount county had 35 known “illegal entry points,” according to immigration commander Colonel Samuel Mulbah. Illegal crossings were a major health threat, said Mulbah, “because we don’t know the health status of those who cross at night.”

Liberia closed its borders with Sierra Leone weeks ago in an attempt to contain the ebola outbreak, which has killed more than 1100 people in West Africa so far. Meanwhile, Liberian officials are continuing to search for 17 ebola patients who fled an attack on a quarantine centre in Monrovia, raising fears they could spread the deadly disease.

“We have not yet found them,” Information Minister Lewis Brown said, yesterday, adding that those who looted the place took away mattresses and bedding that were soaked with fluids from the patients.”

On Saturday, youths wielding clubs and knives raided the medical facility set up in a high school in the densely-populated West Point, some shouting “there’s no ebola”, echoing wild rumours that the epidemic has been made up by the West to oppress Africans. Authorities are now considering sealing off the area, home to around 75,000 people, although some reports suggest the infected patients may have already fled West Point. 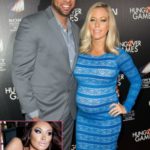