Menu
America invented the Ebola virus to ‘kill Africans’ and deliberately left victim Thomas Eric Duncan to die ‘like a dog’ in revenge for bringing the disease into the U.S, his sister claimed today.

In an extraordinary interview with MailOnline, grieving Mary Pearson claimed that the deadly virus was created as part of an experiment to infect black people on the continent – echoing the views of a race-hate preacher who says Ebola was invented to ‘depopulate’ Africa. 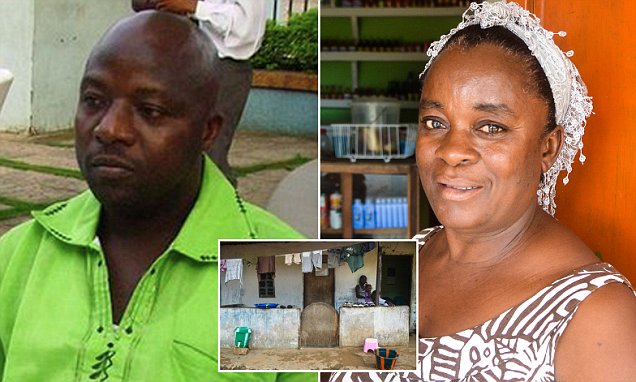 
Thomas Eric Duncan died in Dallas on October 8 after flying to the US from Liberia three weeks earlier. He was infected when he helped a pregnant neighbour seek hospital treatment.

Mrs Pearson insisted that her brother did not receive the same level of care as American citizens who had contracted the disease and were taken back to the US for treatment. It comes as the Texas Presbyterian Hospital accused of failing in his care was forced to settle with Mr Duncan’s family in a secret deal.

Of the nine people who have been treated for Ebola in the U.S., only Duncan has died

‘We begged. We pleaded. I even offered my own blood, even though it wouldn’t do anything for him. We requested everything we could think of to save Eric. They said no.’

‘Eric suffered in exile and it really hurts me.They didn’t feel sorry for him. They didn’t give him drugs. They had the means to treat him but they treated him like a dog. ‘They are wicked. They didn’t treat him because they said he brought Ebola to America.’

Duncan was infected on October 15 when he went to help out a pregnant neighbour, Marthaline Williams, 19, who was sick and needed to get to hospital. There was no ambulance available so Duncan loaded her into a taxi and took her himself.

Williams died from Ebola the following day. On 19 September, Duncan flew to the US to join his family there.

Now, as she dwells on the memories of her brother, Mrs Pearson said she is concerned at spreading conspiracy theories in Liberia that the virus was created by the U.S.

She said she gave credence to the rumours because of how her brother was treated after he arrived in America.

Nation of Islam leader Louis Farrakhan has made wild claims that the virus was designed by white scientists specifically to kill off black people – conspiracy theories repeated by villagers in parts of the country.

A distrust of Western medicine and belief in faith healers have seen locals ignore attempts at isolating infected patients.

The 81-year-old, who has previously made similar claims about Aids, wrote:

‘There is a weapon that can be put in a room where there are black and white people, and it will kill only the black and spare the white, because it is a genotype weapon that is designed for your genes, for your race, for your kind.

Mrs Pearson’s fears are fuelled by the fact that he was apparently well when he left Africa, as his symptoms had not yet started to develop.

‘I hugged him and I was ruffling his hair because he was always cleaning his hair,’ said Mrs Pearson. ‘He was happy. We were all happy that day. His son had sent for him and he was going to America to see him.’

Duncan worked as a driver for a firm which contracted for FedEx. He had left the job a couple of weeks earlier, said Pearson, after an accident when he cut his knee. When he arrived in the US he called home to say all was well.

But he gave no reason for asking for their prayers and she did not ask. They first heard he was ill on October 1.

‘We didn’t hear from him until we heard that someone from here had tested positive for Ebola. Then someone called from FedEx to say that he was sick. I was feeling bad. I called my sister. He couldn’t talk himself.’

Duncan presented himself for treatment at the Texas Health Presbyterian Hospital in Dallas on September 25. Despite a high temperature, he was sent home after tests. Three days later he was back, this time transported to the hospital by ambulance. His condition had deteriorated. This time he was tested for Ebola and the results came back positive the next day.

He died on October 8. Although they had been in close contact with him, the family knew that Ebola was not contagious until the symptoms start to show.

‘We knew that he didn’t have the sickness here so we felt that we were OK,’ ‘But he had interacted with everyone so we imposed a quarantine on ourselves. No-one official came to do anything.

They started to hear that other neighbours who had helped the Williams family had also died.

‘The pastor contracted the virus and died and his wife died and the pastor’s son and another lady, Marie, she died too. Plenty people died. More than eight people.’

Everyone knew Duncan was their relative and everyone was afraid of them, she said.

‘In the first place no-one would come to my shop. But then my daughter said to reopen the shop. People started to come, but one at a time, because they were afraid. it was not until 21 days had gone [the length of the quarantine period] that they started to come back properly.’

RELATED: From Landing In America To The Time Of His Death, See How Thomas Eric Duncan Painfully Succumbed To Ebola Virus

RELATED: Ebola victim Thomas Eric Duncan begged health workers to put a diaper on him as he lay dying 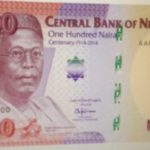