Nigerian Super Eagles star and Fernabache player Emmanuel Emenike is currently in a bitter battle with Enugu State Government over 13 plots of land worth 30 million Naira (about $ 180,000), which he bought to build a sports academy in Enugu.

In an interview with AfricanFootball.com, Emenike said soldiers have invaded the property and have prevented any work on it. He also said he bought the 13 plots of land after the World Cup in Brazil through a special assistant to the Enugu State Governor Frank Ndubuisi Ugwunweze (a.k.a Ezeumuaga), who handed all documents concerning to the land in Emenike’s name to the forward.

“I worked hard to make my money, I know what I pass through on the pitch before I earn my living and it will be unfair if what am hearing about my land in Enugu State was true.

“I visit Enugu whenever I come to Nigeria, my friends stay there as well as some of my family
members. And I am the kind of person who allows for advise. Even before now, I had a dream to own an academy not only in Nigeria but I believe in the saying that “charity begins at home”.

“About three, four months ago, I acquired 13 plots of land in Enugu State through the special assistant to Governor Sullivan Chime. And during the time of conversation of the land papers he never told me there was any problem on the land. He gave me all the necessary documents in my name after payment.

“I then directed for work to commence immediately, but the state government has directed soldiers to stop anybody from working there.

He added: “I don’t want to believe that this is fraud. I am ready to fight it all.

“I am not a politician and I see no reason why my money will be held by the government house.”

“I have called some top government officials in Enugu, but all of them are not trying to be sincere.
They could not help because the order came from the Governor.

“Nobody is trying to be sincere and as a matter of fact, I want my money back. I am very depressed that there is no confidence in investing in my country. I just don’t understand the pranks.

“Right from time, I don’t like going through government for anything. I prefer to do it with my money and I see no reason why my property will be held back by government.”

Emenike told AfricanFootball.com he had tried to get land in Imo State, but the government refused him and so he opted to do it elsewhere. “People go to government to get free land, but I will not do that because there is no sincerity in most of the things we do. And I will not be here and somebody takes my money, it will never happen,” he disclosed.

“I just want to believe that His Excellency Governor Chime was not aware of the purchase of the land, in that case, I will like to have my money back.” 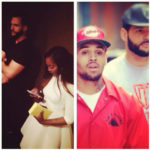