The hit Netflix series, ”Orange Is  The New Black” is truly changing people’s lives. One person in particular it has an effect on is show writer Lauren Morelli. Lauren Morelli has filed a divorce from her husband and she says it’s cos she has developed a change in her sexual interest. The writer is now dating Samira Wiley, an actress on the show.
The writer states that writing a lesbian role for the characters of piper and Alex gave her clarity on her own sexuality. Morelli said that she realized in the early development on the TV show that she was gay. This was early 2012, at the beginning of her two-year marriage with her husband. She stated that she found herself uncomfortable around lesbians and was constantly asked questions by other people, which led her to rethink her sexuality.
Her lesbian girlfriend’s picture when you continue….

“But on set, these small moments came into sharp relief, and I found myself answering to an endless stream of cast members who peppered me with questions like a gaggle of kindergartners curious about their new teacher.”Are you dating anyone?” “You’re married?” “To a man?” “But you used to kiss girls?” “Do you miss it?”

I was finally forced to consider a question that had never, ever occurred to me before: Holy shit am I gay?”

While it certainly would have been disorienting to begin to question my sexuality after three decades of knowing myself, it was particularly blinding because I’d gotten married only a few months before.”

The majority of the show’s fans all show support and are all on board for the new development of the writer’s relationship. However, some people on Instagram are accusing the new development as a publicity stunt to boost the show, and of course there are negative comments criticizing Morelli for her actions accusing her of being unfair to her husband. Morelli however, seems unfazed by all the negativity as she shows no regrets and seemingly carries on with her life.
Nigerian Actress Uzoamaka Aduba recently picked up a Best Supporting Actress Emmy for her role as lesbian character Suzanne Warren, known as Crazy Eyes, on the series. She beat out transgender co-star Laverne Cox to take home the award.
READ: My Road to ‘Orange Is the New Black’ – Uzoamaka Aduba 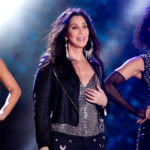