Menu
Daily we hear stories of how people escaped from ritualists through divine intervention. The lady in the picture above Mrs Patience Igho said she could not believe what she saw inside the forest after she was drugged inside a commercial bus on her way to Boundary Market in Ajegunle, Lagos. 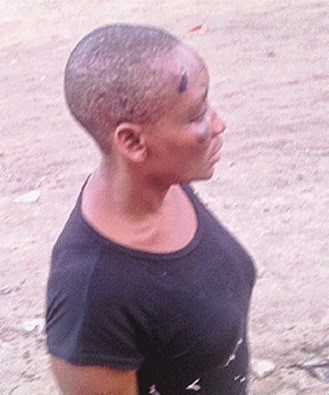 The distraught woman, who sells frozen fish said that she saw no fewer than 200 victims, who were held hostage and is calling on relevant security agencies to quickly intervene and rescue the helpless people.
Narrating her ugly experience to Vanguard,  she said:

“The incident happened in the early hours of the day. I left my house with N130, 000 to be deposited in the bank. I boarded a commercial bus with four women and two men already seated.

The person told me that some of them have been there for over seven months.

“While I was still trying to ascertain where I was, our captors came and asked us to drink water from one dirty container which I refused. They threatened to kill me if I insisted but I vehemently refused prompting them to vow that I must be the first to be sacrificed.

Fortunately after the threats, they left me for another victim stating that nothing will stop them from sacrificing me. Later, they stripped all of us naked and shaved our hairs after which they placed them inside a pot.

“They also brought another set of victims into the forest at about 9:00am. I was able to know the time from a big wall clock that was placed before us. These new set included a young lady and a man and their hairs were already shaved. They later shaved also our private part and armpit in preparation for their ritual.’’

Another victim’s experience
“ Few hours later, I was surprised to see another victim, a woman, who said she had spent over months in captivity. She boldly commended me for not taking the water they offered me saying that if I had taken it, I would have been unconscious and accept every of their demands ,adding that she is a mother of four.
She said she was captured with her four children on their way to church on a Sunday morning. Three of her children, she said, had been slaughtered.’’
“What followed later was that they brought the boiling pot where our hairs were thrown into and tried to force us to recite some incantations.
Earlier before that, I had seen a young lady who was brought before the pot to recite such words bearing a tattoo of scorpion on her right arms but she screamed Jesus! When the man that was performing the incantation saw the tattoo on her body, he refused to perform the rites on her, saying her blood was contaminated already.
At this stage, we noticed that there were different buckets for sensitive parts like head, ears, private parts, etc. they were placed on top of a slab which butchers use in killing animals.
The bold woman told us that politicians and ritualists thronged to the place to buy those parts.

“While all these were going on, I did not know that one of the ritualists was watching me. At some point when I refused to recite those words, the man who looked like their leader ordered that I should be beaten up which they did. While they were at it, I shouted severally, Jesus!

And I even called many names ascribed to God. Fortunately, on hearing my strident voice calling on the creator, their leader rushed out and ordered the boys to dispose me at the nearest Bus-Stop.’’

“The gang members threw me inside the bus and dropped me at the back of Agbara market. Still in shock, I trekked from that market to Federal Government College, Ijanikin to beg for money from my relatives who stay in that area.

It was like a nightmare but I experienced it and survived by the special grace of God. I will not wish my worst enemy to go through what I passed through because it was so traumatizing .
That is why I am passionately calling on security agencies to move into action and raid all those hide outs because some people are still there helplessly waiting to be rescued.” 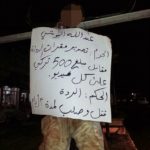 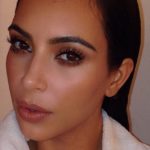