Menu
A woman by the name of Myriah Pointer on Facebook is pleading for help after being beat senseless by people whom she considered to be her friend.

The Atlanta woman says she has tried to go to police, but they are not taking the situation seriously and will do nothing about it.

Beware of who you call your friends…Just like J. Cole said, “Best friends really make great for enemies,” he wasn’t lying.

Myriah Pointer says over the weekend her so-called “besties” beat her to a bloody pulp for hours and showed no mercy on her.

“This past weekend I was set up by the two girls I called my best friends and one of they cousins. I was held down and stomped until I was unconscious.

‘Once I gained consciousness they were still beating and stomping me. This went on for about 3 hours and then they threw and cracked my phone and hide my battery for another and held me hostage!’

‘I am BLESSED to be alive and I need justice to be served because I DID NOT deserve this!’

‘If you can get the attention of any news station, attorney, or newspaper please pass this story on because Atlanta Police aren’t doing taking this as serious as it is,’

WOW! That is just crazy…

Pointer never went on to explain WHY the girls decided to beat her up, and at this point it really doesn’t matter because the whole situation is just messed up period.

The fact that her friends below even video taped the whole thing is even more ridiculous!!

Myriah is in high hopes that sharing her story on social media will help justice get served! 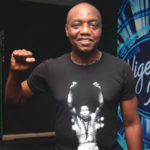 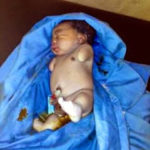