Menu
Just last week, Univision host Rodner Figueroa was fired for comparing Michelle Obama’s appearance to that of an ape from ‘Planet of the Apes.’

The incident became a topic of discussion on the last episode of The View while Raven-Symone was co-hosting.

Rosie Perez said Rodner Figueroa’s comments are a reflection of part of the Latin community that stems from Latinos’ reluctance to recognize that “African blood” is embedded within their ancestry.

“There is a secret in the Latin community, specifically the Caribbean, South American, Central American Latin community. They are very racist,” Perez said. “They never want to be in the same group as black people. And it’s very, very sad. And he did say Michelle Obama looked like a cast member of the ‘Planet of the Apes.’”

Raven-Symoné questioned whether Figueroa’s intent was “racist-like” since he admitted to voting for President Barack Obama in both elections. Rosie Perez insisted that the comments were completely racist.

“But was he saying it ‘racist-like?’” Symoné interjected. “Because [Figueroa] did say he voted for [Michelle] later and I don’t think he was saying it racist.”

“Oh please!” Perez fired back. “That’s like saying, ‘I’m not a racist, but I have black friends.”

“I am the Latin person here on this table and I would like to tell you that it was racist, period,” she declared. “And the thing is this is a problem in the Latin community that we do not talk about. That we do not address. And it is real and it was revealed by this man’s statement. And you do not disrespect the first lady of our country.”

“I don’t think he was saying it racist,”

“Not Michelle Obama. Michelle, don’t fire me from this right now, but some people do look like animals,” she added.

Eeek. We love Raven, but she has this bad habit of saying the wrong things at the wrong time. 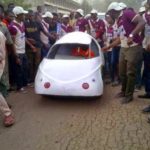 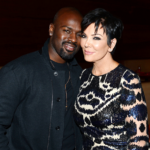