Menu
The first time I met Olajide was on Youtube (duh) – back then I thought his FIFA commentaries were hilarious, I couldn’t help watching all of his video.

Now Olajide Olatunji a British-born Nigerian also known as KSI, is a millionaire with his own penthouse apartment in London, super fast cars and he got it all from playing video games (Especially FIFA) in his bedroom. According to Wikipedia,  Olajide “JJ” Olatunji, better known by his YouTube username Ksiolajidebt, is an English YouTuber, video game commentator, comedian and rapper. He is also referred to as simply KSI.

In a documentary series on e-sports, Vice reporter Matt Shea met with the young millionaire at his home. He had this to say –

“Essentially, I’m a 21-year-old who’s a millionaire through gaming, vlogging, and my online experience,” KSI says on camera. “Yo, I’ll take it!”

He  stopped making videos at first in 2006 when his account got banned for uploading family guy on youtube.  It was only in 2010 that he started making videos again. He loved FIFA, and He loved doing skills (I mean really really really loved doing skills),  which He thought was cool enough to show people on the Internet – and that was when it all started. His breakthrough with commentary came from him complaining about how retarded defenders were in FIFA 11 and obliterating the FIFA 12 trailer to shreds with his sarcasm – now his videos have millions of views.

As a teenager, Olajide Olatunji played EA Sports’ line of FIFA video games for hours on end in his parents’ home. In 2010, he began uploading footage of himself playing and commentating to YouTube, under the username KSIOlajidebt: – see a video below:

He garnered a total of  7,000 subscribers in the first year. Another year later, that number tripled. His goofy nature captured the minds of people all over the world “A lot of people think being at the top means you have to be the best at a certain game,” KSI tells Vice. “You don’t. It’s more about personality.”

In February 2013, KSIOlajidebt appeared on the video “KSI VS FIFA // The Record Slam” made by GWRomg in which he broke the previous world record for ‘the most goals scored against computer’ of 110 goals, by scoring 190 goals. As a result, his name appeared in the Guinness World Records Gamer’s Edition (2013)

KSI dropped out of school to pursue gaming full time. He uploads 10 to 20 videos a month, mostly of FIFA gameplay, and earns money from ads placed on his videos. As of March, 8.892 million people were subscribed to his YouTube channel, making it the second-most-watched channel in the UK, according to Vice. His videos have captured 1.5 billion views.

Now KSI lives in money. He moved out of his parents’ house into a central London high-rise, where he can see beyond the city from his window, He spends his money splurging on limited-edition sneakers and sports cars And here’s his orange

KSI is now known as the  Nigerian who made Millions playing FIFA Games, He got featured on so many blogs around the world,  He also featured THE ROCK!! on his youtube page!

He has also appeared on a few of different shows such as BT Sport where he played FIFA with England and Arsenal midfielder Alex Oxlade-Chamberlain.

According to Youtubegamersincome – KSI now earns a total sum of $14,112.59 a Month through Video Gaming – In case you were hesitant about telling your parents that playing games can earn you tons of cash, you can do so now! 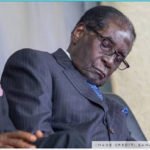 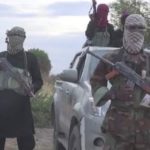