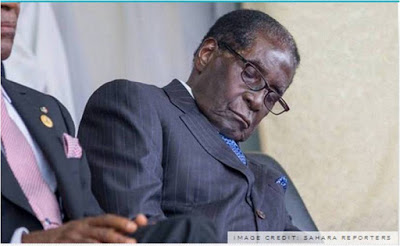 Was Mugabe ambushed by these Nigerian “journalists”? Yes. Did they humiliate him? No, they humiliated themselves!
http://t.co/wvzwoTjfQ7

What’s going on here? It’s a sad tale of man biting a dog when journalists make the news they should be covering!
http://t.co/wvzwoTjfQ7

The so called reporters of Sahara TV are overheard asking for Pres Zuma apparently to give him a similar treatment! https://t.co/JomaxxrsKA

The “journalists” or whoever they’re were not asking questions but were making fools of themselves & their country! https://t.co/vqntCeuiKt

That would not happen in Zimbabwe against any visiting head of state or gov not even Barrack Obama or David Cameron! https://t.co/7vH8GjK2UI

Lol typical sahara reporters and their trouble, they retaliated today by releasing a picture of Mugabe sleeping.

We know someone or some people are going to loose their jobs today….wondering why i said so?

Some months ago,  Robert Mugabe tripped and fell in Zimbabwe which resulted in the president sacking his security aides for not catching him and as a typical dictator, he ordered the pictures to be removed from the internet, forgetting that Zimbabwe does not own the internet lol… 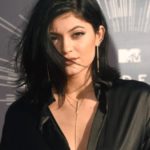 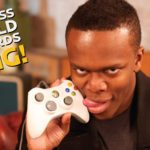