Menu
Contrary to reports that President Muhammadu Buhari had ordered the immediate disposal of nine of the 11 VIP transport aircraft in the presidential fleet, the presidency on Friday denied knowledge of any such directive.

THISDAY newspaper had quoted unnamed sources as saying the president had directed the selling of serviceable and unserviceable aircrafts to cut maintenance costs in line with the government’s policy to drastically reduce its annual expenditure.

Other aircrafts, including two Falcon 900 planes, the Dornier, the Cessna Citation, the Beechracft King Air, and two AugustaWestland choppers, are reserved for the airlifting of the Vice-President, Senate President, Speaker of the House of Representatives, Minister of Foreign Affairs, as well as visiting African heads of states.

But the Senior Special Assistant to the President on Media and Publicity, Garba Shehu, denied knowledge of such directive.

“The story of the order for the sale of aircrafts in the Presidential Fleet, about which so much interest is being expressed, is not known to us,” Mr. Shehu said.

Mr. Shehu said if anything like that was being contemplated, the Presidency would issue a statement through its official channels to announce it. 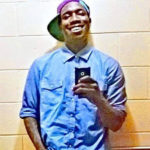 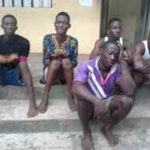